Irish Nationwide Building Society has reported 'catastrophic' after-tax losses of €3.3 billion for the year to December 2010, mainly due to provisions for bad debts.

The figure was in line with expectations and was higher than the €2.5 billion loss reported in 2009.

During the year the company transferred €8.5 billion in loans to NAMA, for which €3.1 billion will be received in bonds. It said that additional provisions for impairment losses of €2.7 billion were seen in 2010 on the transfer of these loans to NAMA.

Nationwide said that these losses not only reflect the significant deterioration in economic conditions, but also the extent of its significant exposure to the commercial property sector and the underwriting decisions of the former management team.

The lender's chief executive Gerry McGinn described the 2010 results as 'catastrophic'. He said he was angry at the losses and also saddened at the closure of the society's branch network.

INBS said it was seeing arrears of 27% on its society's mortgage book - that is more than four times the industry average. Arrears on buy-to-let mortgages - a quarter of the book - were 42% and 22% on home loans.

Mr McGinn said mortgages were neglected by the former management, which focused on development lending. He also said he was not holding his breath for the return of the former chief executive Michael Fingleton's €1m bonus.

The building society says that the loss on continuing operations of €547m includes further provisions for loan impairments of €504m on its retained loan portfolio. It said this reflected the deteriorating economic conditions of last year.

Irish Nationwide has transferred its deposit business to Irish Life and Permanent and its amalgamation process with Anglo Irish Bank is now underway.

'Our focus in 2010 was on getting to the bottom of the bad debt issues, so that the exposure of the Irish Government and taxpayer to the problems at the society could be fully understood,' commented Irish Nationwide's chief executive Gerry McGinn.

'In particular we concentrated activity on assessing the commercial loans and getting them ready for transfer to NAMA. This process is now largely complete,' he added.

The Government has injected €5.4 billion of capital into Nationwide and the building society said it was confident it would not require any further capital.

'We are working with the relevant parties to complete the merger in a timely and orderly manner, as required by the Minister for Finance,' the CEO said.

'We are keenly aware of the difficult times being faced by many of our borrowers and will work closely with them in the management of their loans. We remain very thankful to the Irish Government and taxpayer for their support,' he added. 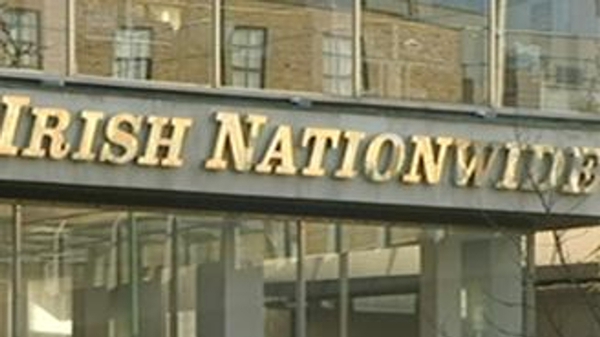 INBS makes offer to some bondholders