Lawyers for an investment firm have told the High Court the Government does not need to impose losses on junior bondholders in AIB and is doing so out of choice, not necessity.

Lawyers for Abadi and Company Securities Limited, one of two companies challenging the Government's plans to buy back debt from junior bondholders in the bank at a discount, said the Minister wanted to do this to save costs to the Irish taxpayer but this wasn't what the legislation required.

Senior Counsel, Jim O'Callaghan said saving the taxpayer money was a perfectly worthy and laudable aspiration but not what was set out in the legislation.

He said the legislation required the Minister must be of the opinion that a Subordinated Liabilities Order allowing the terms of various junior bonds to be amended and the buyback to go ahead, was necessary to preserve or restore the financial position of a bank.

Mr O'Callaghan also said the order sought by the Minister last month was not necessary because recapitalisation of the banks could be achieved without it.

He said the figure of €24 billion required to recapitalise all the banks was well within the €35 billion provided for in the agreement with the EU, IMF and ECB.

Abadi and Company Secuirties and Aurelius Capital are seeking a number of documents from the State in advance of a full hearing of the case on 2 June.

In particular they are looking for a copy of a report by international asset management company BlackRock Solutions, which was furnished to the Central Bank as part of the stress testing of the banks.

The court heard that the amount of further capital required by AIB jumped from €4.2 billion to €13.3 billion, mainly as a result of this report.

The state says the document is irrelevant to the investment firms' case.

Senior Counsel David Barniville said the decision that AIB needed €13.3 billion of extra capital was made by the Central Bank. And the Minister for Finance had not looked behind that and had not questioned the calculations used by the Central Bank or the information it had relied on.

Mr Barniville said the question the court had to decide was if the opinion of the Minister that an order allowing the Government to impose losses on junior bondholders was reasonable.

He said Abadi had not given any indication as to how they would be disadvantaged by not having this report. 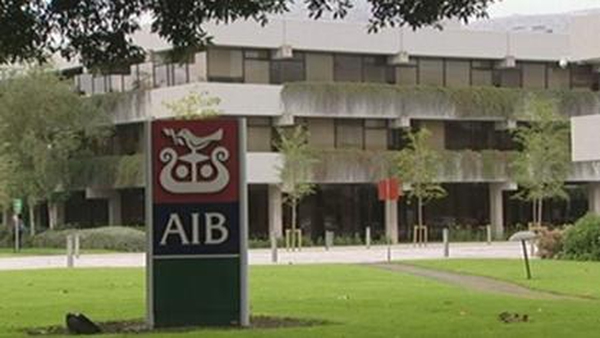