The National Asset Management Agency has reported a loss of €714m for last year, after setting aside €1 billion to take account of a fall in the value of loans it has taken on from the banks.

In its report for the final quarter of 2010, NAMA also said that by the end of last year, only 23% of its loans were performing, or being re-paid in some form. This was down from 25% at the end of September.

NAMA said it had received just over €1 billion from borrowers by the end of last year, but had also given out €240m to allow them to complete projects and to help fund their business.

The agency said that, by the end of March, it it had paid €30.5 billion for loans with an original value of €72.3 billion, a discount of 58%. It said another €3.5 billion of loans could transfer to NAMA over the coming months.

NAMA also gave an update on its talks with the top 30 borrowers, saying agreement on business plans had been reached with 16, with agreement close in another two cases. It had taken action against seven borrowers, while negotiations were continuing with five.

NAMA last night sent receivers back in to take control of developer Ray and Danny Grehan's assets. This came after the property developers failed to meet a deadline for payment of €650m debt.

The agency said it had approved €3 billion of asset sales by the end of April.

Taoiseach Enda Kenny has suggested that some of the unused housing stock belonging to NAMA may be given over to provide social housing.

In the Dáil today, he said he expects some sort of ''social dividend' to come from the agency.

Mr Kenny said the the Minister responsible for housing, Willie Penrose, will be reporting back to the House on the matter shortly. 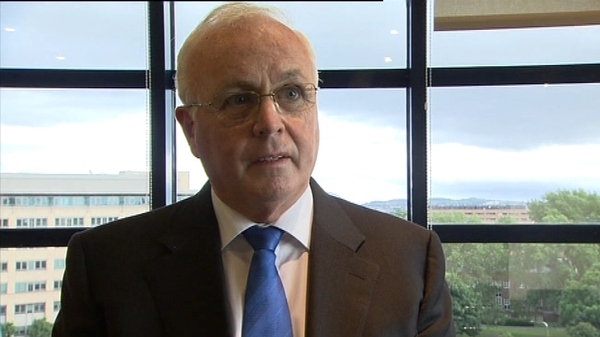