Associated British Foods (ABF) is to take a hit to its full-year profits by cutting margins at its star-performing discount fashion chain Primark to absorb spiralling costs and defend its market position.

The strategic move overshadowed better than expected half-year results from the group. Adjusted pre-tax profit for the six months to March 5 was up 7% to £353m, as revenue rose 9% to £5.2 billion.

Chief executive George Weston said Primark, which trades as Penneys in Ireland, would not surrender its price leadership in clothing.

Weston, whose family holding of 55% in AB Foods makes him one of Britain's richest CEOs, said the group would take a hit to its profit margins to soften the blow for customers from the recent sharp rise in cotton and other input costs.

And he said the decision to absorb more of the input cost rises at Primark and the higher costs of processing sugar beet in Britain had led the group to cut its full-year forecast to flat profits, from a previously expected rise.

Cotton prices are still high but off record highs seen in March, while Weston said freight and labour costs had risen.

ABF's sugar business has gained from world sugar prices which, although down from February's record highs, are still at a high levels. 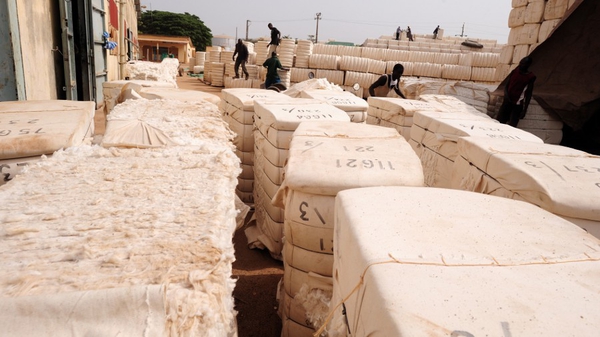