A quarterly survey of lending carried out by the Central Bank has shown little change in the last three months.

The bank said, however, that banks found it more difficult to secure access to funds on international markets, and that they expected this situation to deteriorate further in the second three months of this year.

Demand for loans from business was unchanged compared with the last survey in January, but demand from households for mortgage loans picked up marginally. Demand for other types of consumer lending was unchanged.

The survey found that credit standards demanded by banks continued to be tight, though little changed from the previous quarter. Tighter lending standards usually mean higher interest rates, or more restrictive terms and conditions for loans.

The ECB survey found that euro zone banks intend to tighten credit slightly for both companies and households.

Euro zone credit conditions had already become somewhat more restrictive in the first quarter of 2011, though they eased markedly in Germany, the biggest economy in the euro zone, a separate poll showed.

The results come a few weeks after the ECB raised its benchmark interest rate to 1.25%, the first increase since July 2008.

The ECB polled 124 euro zone banks as part of a quarterly exercise aimed at giving an overview of credit conditions within the 17-nation zone.

Credit is crucial to funding companies' operations and the data also gives an idea of whether households will be likely to buy big ticket items, giving the economy a boost through consumption.

Looking at credit to companies, the ECB survey found that a net 4% of the banks questioned said that lending criteria had become slightly more strict in the first three months of the year.

That was in part owing to the banks' own ability to access market financing and the amount of cash they had on hand. Perceptions of corporate risks and 'the overall economic situation' were also cited as reasons for increased prudence.

As for lending to households, a net 13% of banks said their credit conditions had already become more strict, for much the same reasons along with concerns over housing market developments and creditworthiness of borrowers.

In Germany however, the Bundesbank said its own survey found 'a marked easing' of credit standards in lending to both businesses and households in the first quarter of the year.

Meanwhile, a separate ECB survey of small and medium-sized euro zone businesses found they felt that getting bank loans had become slightly easier in the six months from September through February.

The poll of more than 7,500 firms was done in late February and early March by the ECB on behalf of the European Commission. 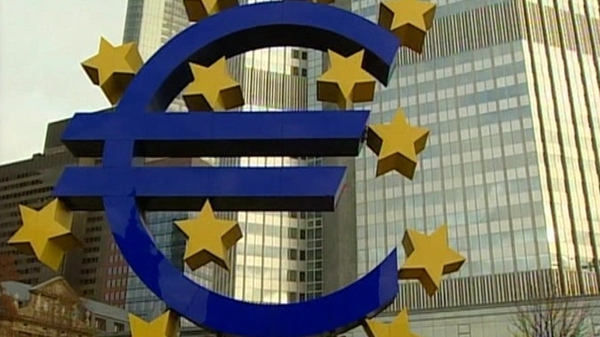