US crude futures edged higher today in seesaw trading as a weaker dollar and stronger equities provided a lift to prices that had slumped on lingering concerns about sovereign debt and demand.

US crude for May rose 65 cents to $107.77, while Brent crude slumped below the $120 a barrel level for the first time in two weeks intraday before paring its losses. It slipped as low as $119.03 before recovering to above $121 later in the day.

Analysts cited support from news that Treasury Secretary Timothy Geithner said there was 'no risk' that the United States would lose its prized AAA credit rating as reason for the recovery.

Geithner's comments came a day after Brent and US crude prices were pressured by rating agency Standard & Poor's announcement that, although it reaffirmed its credit rating, the outlook for the United States was lowered from stable to negative.

OPEC Secretary General Abdullah al-Badri, speaking at an oil and gas trade fair in Tehran, said he did not expect oil to fall below $100 this year, even though there was no shortage in the market. He reiterated OPEC's call on consumer nations to revise their tax systems to address what he called 'exceptional circumstances,' and bring down prices.

OPEC has so far declined to take any formal action to cool oil's rally. Underlining that stance on Tuesday, Iran's oil minister said any increase in output would not bring down prices.

Weekly oil inventory reports are expected to show US crude oil stocks rose last week, which would be a seventh consecutive rise in the government's data. 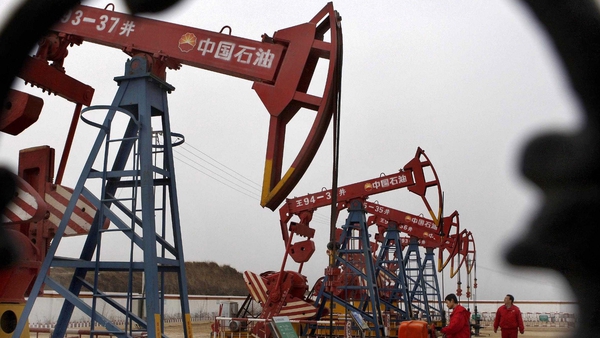