The cost of borrowing for Greece has continued to rise, despite fresh plans to sell stakes in key state firms and make further budget savings, hoping to avert a debt restructuring which financial markets view as increasingly likely.

The premium Greece is charged to borrow on debt markets rose sharply for a second day after a German deputy minister was quoted as saying it 'would not be a disaster' for Greece to restructure its debt.

Greek 10-year bond yields rose above 14% this evening. This had a knock-on effect on Irish bond yields, which jumped to 9.83%, despite the EU and IMF saying the Irish programme was on track.

Greece said budget slippages this year would be covered with additional measures totalling €3 billion, including fighting tax evasion and further state spending cuts, while privatisations will bring in €2 billion to €4 billion in 2011.

Finance Minister George Papaconstantinou told a Cabinet meeting Greece would sell its stake in betting firm OPAP, Europe's biggest, and reduce its stake in power utility PPC from 51 percent to as low as 34 percent by next year but retain management.

European policymakers have scrambled to reassure investors this week that a restructuring for Greece was not on the agenda, saying such a step could have dire consequences for European banks and the wider euro zone economy.

But Germany's finance minister has acknowledged that further steps may be necessary and analysts say that could involve asking bond investors voluntarily to accept changes such as smaller or later payments.

'A haircut or a restructuring of the debt would not be a disaster,' news agency Bloomberg quoted Werner Hoyer, one of Germany's deputy foreign ministers and a member of the junior coalition party Free Democrats (FDP) as saying.

The Greek government has seen disappointing revenues due to tax evasion and deepening recession threatens to derail targets agreed with the EU and IMF in exchange with a €110 billion bail-out.

As expected, Greece said sell-offs, benefit cuts and effective tax hikes would save about €23 billion in 2012-2015 and bring its budget deficit to about 1% in 2015 from 15.6% in 2009. It also outlined how it intends to raise €50 billion from privatisations by 2015, a target which many analysts and Greek politicians see as optimistic.

German Finance Minister Wolfgang Schauble says media have interpreted 'somewhat erroneously' comments by him seen as acknowledging the need for Greece to restructure its debt. He was speaking to reporters on the sidelines of an International Monetary Fund meeting in Washington.

The minister told German daily Die Welt in an interview earlier this week that 'additional steps' would be needed if Greece's debt was found to be unsustainable. Those comments unsettled financial markets, weakening the euro and driving Greek, Irish and Spanish bond yields higher.

German government officials later insisted he had not implied that a debt restructuring may be necessary, nor had he strayed from Germany's stance that strictly opposes any mandatory or even voluntary deal with creditors to reduce its liabilities, even if many economists argue this is both inevitable and desirable. 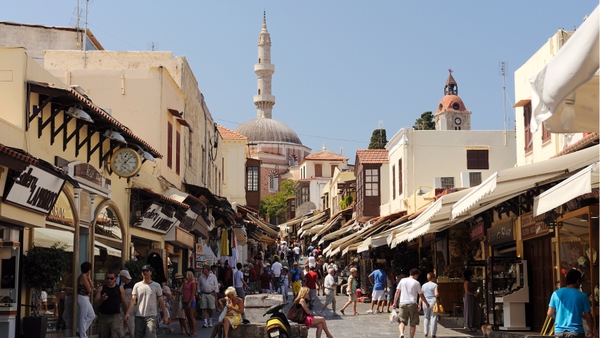