Its shares closed over 12% lower in Dublin this evening.

The bank said that with reduced staff numbers, the sale of certain businesses and the winding down of non-core assets, a new 'core' bank would be established.

Massive job cuts had been expected at AIB as the bank is now just over 92% owned by the State, and it has to restructure, sell assets and raise cash to get back to profitability.

AIB says that business and market conditions remain tough. It says the speed at which AIB recovers and returns to profit will be heavily influenced by Ireland's economic prospects. This means costs have to be lowered, and staff numbers will be reduced by 2,000 over this year and next. The bank says it cut its workforce by 400 last year, having reduced numbers by 900 in 2009.

AIB executive chairman David Hodgkinson told RTÉ radio the 2,000 job cuts would be spread across the organisation, and the vast majority of lay-offs would be voluntary.

Larry Broderick, of the Irish Bank Officials' Association, said he believed the bank was looking at even more than 2,000 job losses. Mr Broderick said there was greater uncertainty among bank employees following the announcement, because there was no detailed plan from the bank.

But he told Morning Ireland voluntary redundancies were achievable if the scheme was implemented properly.

Big rise in mortgages in arrears

The bank says just over 30% of its loans are defined as 'criticised'. This includes loans which are unlikely to be repaid, but also those which show signs of weakness. The figure rises to 34.3% for loans in the Republic of Ireland.

In Ireland, the bank set aside almost €450m linked to losses on residential mortgages. It said 4.8% of its mortgages were more than 90 days behind with repayments, a big increase from 2% a year earlier. The percentage for owner occupiers also almost doubled to 2.87%. There was also a big increase in losses on loans linked to hotels, pubs and the retail sector.

€22 billion in deposits left the bank last year, according to the results, while the amount of loans on its books dropped by €24 billion. Mr Hodgkinson said the outflow of deposits had stabilised recently.

The bank's net interest income dropped by 36%, due to competition among banks to attract deposits, lower income from loans and the high cost of borrowing on the money markets.

AIB's UK business made a loss of just under €1.4 billion, much bigger than the €16m loss a year earlier, while profits at AIB Capital Markets fell by almost 60% to €71m.

AIB hopes to return to profit next year

Speaking at a press conference this morning after the publication of the bank's results, AIB's executive chairman David Hodgkinson said the bank hopes to return to profit next year. But he warned that this depended on the Irish economy.

He said he understood the hurt, anger and frustration felt by investors who between them had lost €18 billion over the last three years. Many of these, he said, were members of the general public and staff, who are understandably aggrieved.

He acknowledged the taxpayer for the enforced investment in the bank, and said the bank would no longer exist had the investments not happened.

He said the future is challenging, but that there is real reason for optimism. He said the bank is open for business and wants to talk to customers whether they are in business, buying homes, or in difficulty.

AIB shares closed 12% lower at 22 cent in Dublin this evening. 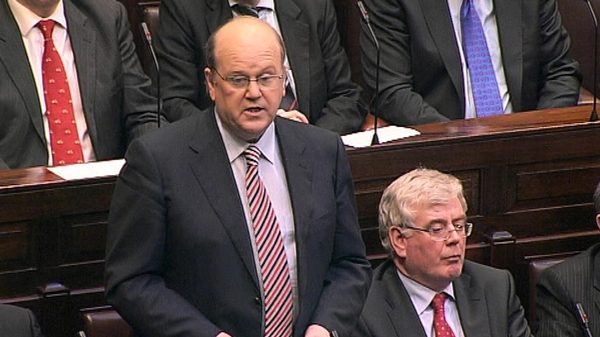