The International Monetary Fund has cut its growth forecast for Ireland in half. It now estimates that growth this year will be 0.5%, compared with a forecast of around 1% growth late last year.

In November, the EU and IMF agreed a €67 billion funding programme with Ireland.

In its World Economic Outlook, the IMF also says a decision on changing the interest rates charged to countries under the EU's bail-out rules is 'urgently needed'.

Growth for the euro zone is estimated to be 1.6% this year. In advanced economies worldwide, growth is estimated at 2.5%, with developing world growth put at 6.5%.

Overall global growth is put at 4.5%, compared with 5% last year. Rising oil prices and associated political turmoil are the main causes of a slight slowdown in the global economy.

The IMF says the European Central Bank should continue with its low interest rate policy to support what it calls the 'fragile' recovery, and help to offset the effects of budget cutbacks on economic growth. It says low interest rates are appropriate as long as there is low core inflation and lots of excess capacity.

It says that the ECB's extraordinary measures to support the banking industry should be removed only gradually as systemic uncertainty recedes.

On Europe's banking crisis, it says it is critical to reduce uncertainty about asset quality, identify and recapitalise viable banks and 'resolve' weak banks. It says some countries - notably Spain - have made more progress than others in this regard. The IMF says excess capacity in banking systems needs to be removed by removing weak banks.

It also says risks to European growth are exacerbated by 'the continuing weakness among financial institutions in much of Europe, a lack of transparency about their exposures, and weak sovereign balance sheets'. The IMF adds that, although the peripheral countries account for only a small portion of the euro area's overall output and trade, their 'substantial' financial linkages with bigger economies could affect growth.

IMF warns US on debt strategy

The IMF report said the US economy was recovering at such a sluggish pace that the Federal Reserve needs to keep an easy monetary policy in place while the government comes to grip with its debts.

'A credible strategy to stabilise public debt in the medium term, and a down payment on fiscal consolidation in 2011, are urgently needed,' the IMF said. 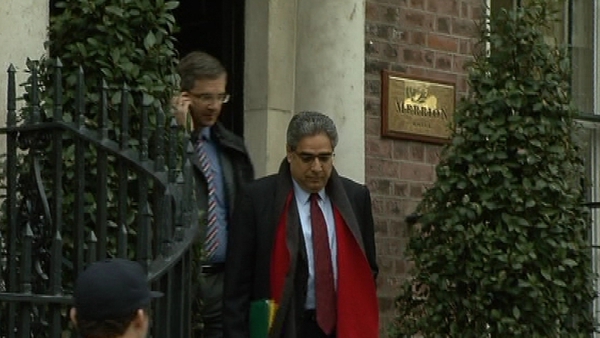