Portugal's president has decided to call a council of state on March 31 to consider when to hold a snap election as the country's bond yields spiked to record highs due to political uncertainty after the prime minister resigned.

President Anibal Cavaco Silva summoned the council of state - an advisory body made up of senior political figures - to decide on the next steps in the crisis, which many economists say is likely to push Lisbon to seek a bail-out.

Portuguese debt yields soared to new record highs as investors consider a bailout for the country as all but inevitable with funding costs well above levels seen as sustainable for Portugal's weak economy.

Five-year bonds yielded as much as 8.8%, while the benchmark 10-year bond was at 8.17%, up from Friday's 8%t. The premium investors demand to hold Portugal's 10-year bonds rather than German Bunds was just short of its euro lifetime record of 4.89 points set on November 11.

The political crisis has prompted Standard & Poor's and Fitch to downgrade Portugal's credit ratings, with S&P warning it could downgrade it further this week.

After the meeting of the council of state, Cavaco Silva is expected to dissolve parliament and call an election that can happen at the earliest at the end of May.

Portugal has a large volume of debt maturing in the next few months. Most economists agree Lisbon should be able to repay around €4.3 billion of bonds falling due on April 15. There is another payment of €4.9 billion in June.

Prime Minister Jose Socrates, who resigned last Wednesday after losing a key vote on his government's latest batch of austerity measures, retains full powers until the president's decision and is expected to continue as a caretaker until a new government is formed after an election. 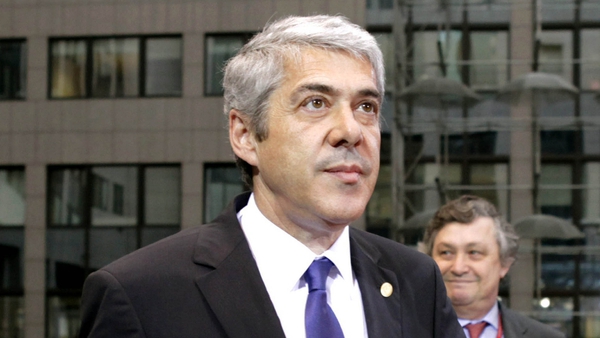