Tolls on the M1 motorway will drop from midnight after the High Court ruled that the company operating the toll has been overcharging drivers since January.

Mr Justice Peter Kelly ruled that Celtic Roads Group (Dundalk) Ltd had misinterpreted the by-laws for the calculation of tolls.

The NRA had claimed Celtic Roads Group (Dundalk) Limited had been overcharging drivers since the first of January this year. The authority said the company did not interpret the relevant by-laws correctly and stood to make €26,000 a week or €1.39m a year by overcharging motorists.

The NRA said the toll should have been reduced on January 1 this year from €1.90 to €1.80 per car because the Consumer Price Index, which is used to calculate the toll had fallen in August 2009.

The court has heard that there is no way of repaying motorists who have been overcharged.

The case has implications for other toll roads, as the operators of the M4 toll road, the M8 and N25 roads also refused to lower their prices.

Mr Justice Peter Kelly said in light of his decision in favour of the NRA the overcharging should ‘cease forthwith’.

Lawyers for the company indicated that tolls would be reduced from midnight tonight in accordance with the judgment.

The company will however take time to consider the judgment before deciding if it is to appeal. The court agreed to place a stay on costs pending that decision. 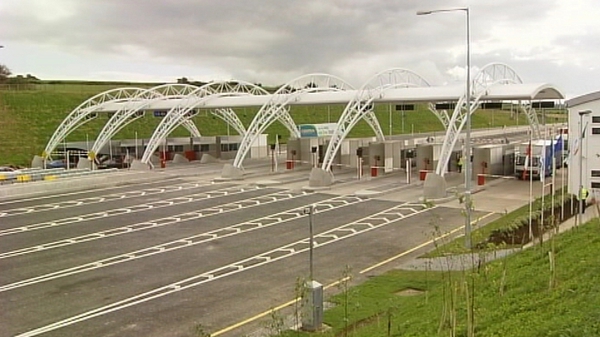