Documents show that the EU's powerful new banking watchdog is setting out a tough fitness test for the region's banks to ensure they can withstand future financial crises.

The European Banking Authority (EBA) is conducting 'stress tests' on 88 EU lenders holding 65% of the area's total assets over the coming months to see how well banks would hold up in a severe economic crisis.

'This adverse scenario is similar to those developed for EU-wide stress tests in 2009 and 2010,' the EBA wrote in documents sent to banks to prepare for the test, a copy of which was obtained by the Reuters news agency.

The EBA said the tests would be designed to cover a set of EU shocks - mostly tied to a continuation of the euro zone debt crisis - a global negative demand shock originating in the US and a sharp fall in the US dollar against all currencies.

The EBA, launched in January with powers to impose binding standards on member states, is being watched to see how credible this year's tests will be in restoring confidence into a sector that still depends on government support in some cases.

The adverse scenario includes a 0.5% economic contraction in the euro area in 2011 and a 15% drop in European shares, the documents showed.

For the first time, the scenario will also take account of a rise of 0.75 percentage points in long-term yields for euro zone government bonds and a sharp decline in the property market.

Increased tensions in wholesale funding markets, leading to a 1.25 percentage point increase in short-term inter-bank financing costs, will be simulated as well.

The test will also include a scenario that foresees euro zone GDP contracting by another 0.2% in 2012.

The EBA will also test a global demand shock emanating from the US and the effect of a 4% drop in the US dollar's value.

As expected, the tests will not include assets held in lenders' bank books, allowing periphery sovereign bonds classified as held until maturity to escape the same writedowns impacting their trading book under the test's scenario.

EBA chairman Andrea Enria said last week that this year's tests would be much tougher and that the new authority's own credibility depended in part on a successful outcome.

Last year 91 banks were tested and only seven failed, none of them from Ireland, whose banking sector the EU and International Monetary Fund had to bail out later.

Final criteria for the stress tests are due to be published on Friday, March 18. 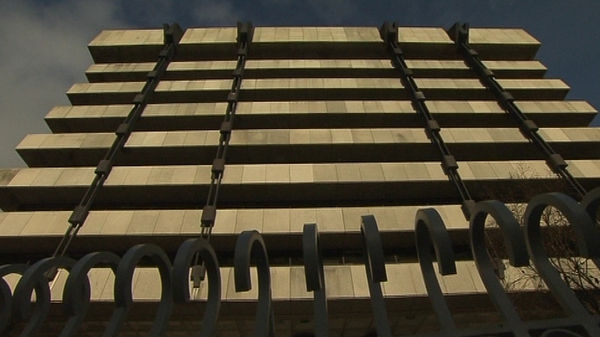