An independent review of the Department of Finance over the past ten years has found that it did warn about Government budgetary polices and the property boom, but that any warnings were 'overwhelmed' by political and other pressures.

The review, commissioned by Finance Minister Brian Lenihan, was headed by Rob Wright. He was most recently Canada's deputy minister of finance

It found that the amount of spending and tax relief outlined in Budgets of the period was usually well above that advocated by the Department of Finance when setting out its Budget strategy earlier in the year.

It also said that the department's advice was 'more direct and comprehensive' than concerns expressed by others in Ireland or international agencies.

It said there were three main reasons for what it called 'this failure of fiscal policy'. The review said there were 'extraordinary expectations' of governments to share the fruits of recent economic gains, adding that these were reflected in the political debates of the day.

The review also said the Government's Budget was overwhelmed by Programmes for Government and the social partnership process. But it added that the department itself should have stepped up its warnings after a number of years of 'fiscal complacency'.

The report also said the department did not have enough staff with technical economic and other skills, and did not engage enough with the broader Irish economic community. It called for a doubling in the number of economic staff trained to Masters level, and an increase in the number of experts in banking and financial markets.

The review recommends the establishment of an independent fiscal council to review and comment on the department's analysis and government Budget proposals.

It also calls on the department to release more information to the public and the Dáil, particularly details of its Budget strategy in June. 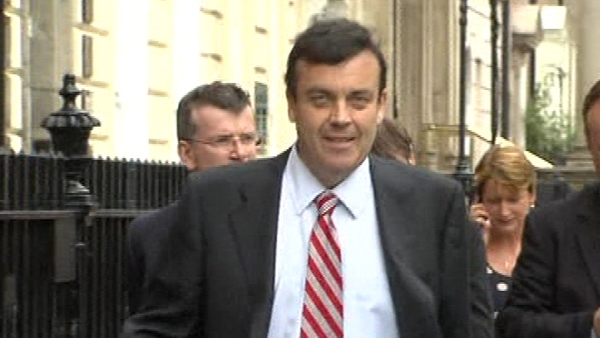 Panel to look at Department of Finance