Part-nationalised Royal Bank of Scotland said today that it remained in the red last year, but revealed sharply reduced losses of £1.1 billion, compared with £3.6 billion a year earlier.

The group, which is 83% owned by the British government, said it returned to the black in the final three months of the year, with £12m in profits.

Despite bigger than expected losses for 2010, chief executive Stephen Hester said the group was ahead of its original five-year recovery plan.

He added: 'The opportunity to sell part of the UK government's shareholding becomes increasingly visible and appealing - a 'win- win' for the taxpayer and for RBS.'

On an underlying basis, RBS clawed its way out of the red with operating profits of £1.9 billion, compared with losses of £6.1 billion in 2009. Its bad debt losses dropped 33% overall in 2010, but it suffered a £1.2 billion charge at the end of the year from Ulster Bank.

The bank has already revealed its controversial bonus plans, with Mr Hester awarded £2.04m in deferred shares and its investment bankers sharing less than £950m, lower than the £1.3 billion in 2009.

But it revealed today the so-called compensation ratio for investment bankers within Global Banking & Markets - given as a percentage of revenues - rose last year to 34% from 26% despite a fall in revenues at the division.

Mr Hester said the bank had also agreed, as part of the Project Merlin deal with the British government, to lend 'at least as much' to small businesses in 2011 as in 2010, with further lending set aside if demand increases. 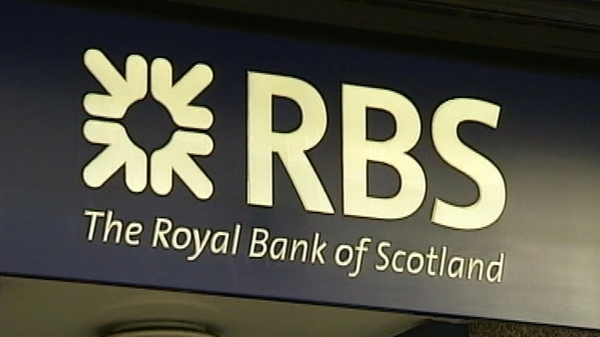