The opposition parties have argued that some of the pain of bank losses should be borne by banks' senior debtholders not covered by government guarantees.

As the struggling banks lost access to the inter-bank markets, their dependence on the ECB has grown massively in recent months, with lenders' funding from that source up 50% in the second half of 2010.

That reliance eased slightly for the second month running, with €126 billion borrowed as of January 28, compared with €132 billion at the end of December, data showed.

After downgrading the unguaranteed senior unsecured debt ratings of six Irish banks earlier today, Moody's said plans by a new Irish government to try to share losses with senior creditors would make it harder to wean banks off support.

'The banks are hugely reliant on central bank funding, and that's not going to go away anytime soon. By potentially burden-sharing with senior debt holders, you are obviously potentially putting back the ability of banks to fund again in the market,' Ross Abercromby, Moody's lead Irish banking analyst, told Reuters. 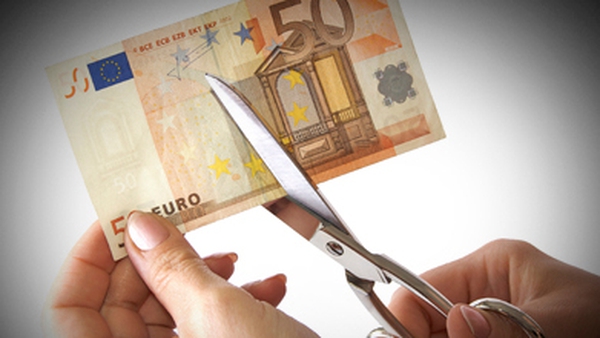