The IMF today said it was ready to help riot-torn Egypt and other nations stricken by chronic unemployment, but told governments to tackle economic strains or risk instability and even 'war'.

He told an audience in Singapore that widening imbalances across and within countries were sparking tensions that threaten to derail the fragile global economic recovery - and could even spark armed conflict.

Strauss-Kahn said he did not want to comment on the political turmoil in Egypt, with President Hosni Mubarak facing the biggest challenge to his long tenure in charge of the most populous Arab nation.

'But clearly the situation in Egypt is the kind of situation that could have been expected not only in Egypt, when you see the problem created by the high level of unemployment,' he said after giving a speech.

'Now the question is how to rebuild this, that's not only true for Egypt, it can be true also for countries where you didn't have this kind of unrest but are almost in the same situation,' he said.

'And of course the IMF is ready to help in defining the kind of policy that could be put in place,' he added.

In his speech, Strauss-Kahn said high unemployment and income inequality were a 'strong undercurrent of the political turmoil in Tunisia and of rising social strains in other countries'.

Strauss-Kahn again called on China to adjust its exchange rate in its own economic interest, but said he disagreed with critics in the US and elsewhere who want a rapid revaluation to the yuan.

He said the US government itself should not have a problem financing its massive debt, and downplayed fears over Japan's debts after a downgrade last week by Standard & Poor's.

But for the global economy as a whole, Strauss-Kahn struck a worried tone. 'While the recovery is under way, it is not the recovery we wanted,' he said. 'It is a recovery beset by tensions and strains - which could even sow the seeds of the next crisis,' he cautioned.

He said the pace of recovery between advanced and emerging economies was unbalanced and echoed the situation just before the global economic crisis struck in late 2008.

'While growth remains below potential in the advanced economies, emerging and developing economies are growing much faster - and some may soon be overheating,' he said.

Growth in economies with large trade surpluses like China and Germany is still being powered by exports, while expansion in deficit-stricken countries such as the US is being driven by domestic demand, he noted. 'These global imbalances put the sustainability of the recovery at risk,' he stated.

For Asia in particular, Strauss-Kahn warned there were 'risks of overheating and even a hard landing', underscoring the dilemma for policymakers trying to keep a lid on inflation while fostering job-creating growth.

'Food prices are rising too, with potentially devastating consequences for low-income countries,' he added. 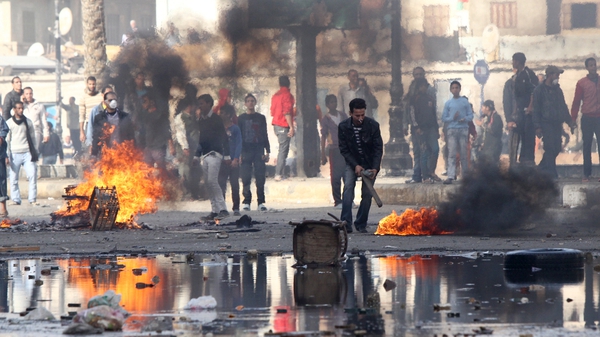