The Ulster Bank's Construction Purchasing Managers' Index shows that activity fell for the fourth month in a row in December to 40.6 from 41.7 in November. The fall was the biggest since May. Any figure under 50 signals contraction.

Ulster Bank said that civil engineering was particularly weak. Commercial activity also declined at a more rapid pace and while the pace of decline in housing eased, homebuilding still contracted.

Declining confidence, along with the bad weather, led to another decline in new business, while the rate of job cuts was the most pronounced since May due to falling workloads. Employment in the construction sector has now fallen for 44 months in a row.

The bank said that disruptions, caused by the freezing weather, limited the ability of suppliers to deliver materials to construction firms at times last month. This led to lead times lengthening for the first time in more than three and a half years. It said that the combination of falling new orders and the weather was the main reason for a steep drop in purchasing activity.

The index reveals that input cost inflation accelerated in December, with the latest increase in input prices the fastest in 28 months.

However, Ulster Bank says that sentiment at building firms improved with a number of firms indicating that they expected economic conditions to stabilise over the coming year. But concerns over the effects of Government spending cuts announced in the Budget were also evident.

'The final reading for 2010 of the Ulster Bank construction PMI indicates that it was a weak end to another extremely tough year for the Irish construction sector,' commented Ulster Bank's chief economist Simon Barry.

'The recent cold snap undoubtedly added to the sector's difficulties in December and so the survey results may somewhat exaggerate the degree of weakness last month,' he added. 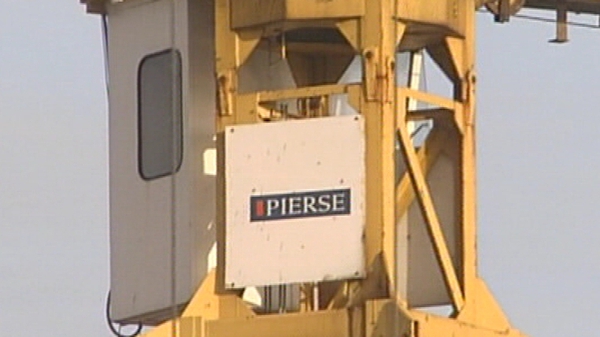