One of the participants in a controversial dinner involving Taoiseach Brian Cowen and the then Anglo Irish Bank chairman Sean FitzPatrick has said the affairs of the bank were not discussed at the meal.

In a statement last night, economist Alan Gray confirmed he attended the dinner in Druid's Glen in July 2008. He said the purpose of the invitation was to provide independent ideas to stimulate economic growth and reduce unemployment.

In the Dáil yesterday, the Taoiseach gave his side of the controversy over previously undisclosed contacts between him and the then Chairman of Anglo, Sean FitzPatrick in 2008.

The only new information to emerge was that after playing golf with Mr FitzPatrick and his friend Fintan Drury at Druids Glen in July of that year, a number of other people joined them for dinner.

They were Mr Cowen's Garda driver; businessman Gary McGann, then a member of the Anglo Board; and economist Alan Gray, who had been appointed to the Central Bank board by Mr Cowen the previous year.

In a statement last night, Mr Gray confirmed that he attended the informal dinner, but said that at no time when he was present was there any discussion of banking issues or of Anglo Irish Bank or any related matters.

He said the discussion focused exclusively on ways of encouraging new small indigenous firms, measures to attract additional investment to Ireland, and other responses to unemployment.

However, Mr Gray's statement is unlikely to answer all the questions which Opposition politicians are keen to raise about the controversy. 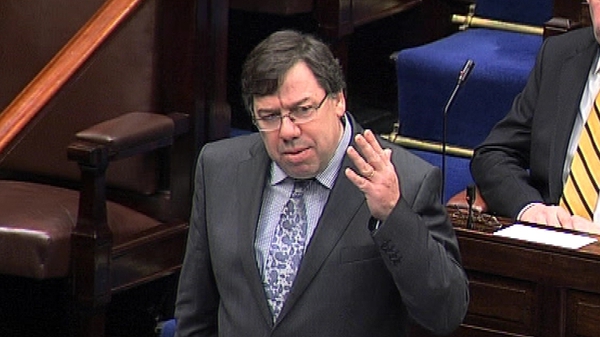