Spain's government will slash net borrowing from bond markets by nearly a quarter in 2011, the Treasury said today, as it fends off market fears of a debt crisis.

Investors have shown deep concern over the annual deficit being racked up by the Spanish government and its heavy reliance on the bond markets, leading them to demand higher and higher returns.

An economic and financial rescue for Spain would be far bigger than anything seen to date in Europe: the size of its economy is twice that of Greece, Ireland and Portugal combined.

Spain's Treasury said it had managed to cut borrowing from markets in 2010 and would do so again in 2011 because of austerity measures adopted by the government.

For the year ahead, the Treasury estimated net financing needs of €47.2 billion - a decline of 24% from 2010. But the figure was slightly higher than previously announced because of the country's €3.588 billion contribution to a European financial rescue for Greece.

Meanwhile, Portugal said it plans to issue in 2011 around €20 billion in debt, primarily in treasury bonds, to satisfy the government's financing needs.

Prime Minister Jose Socrates said earlier this month that although investors have driven up the price the country must pay to borrow, Lisbon would not have any difficulties in raising the funds from bond markets. 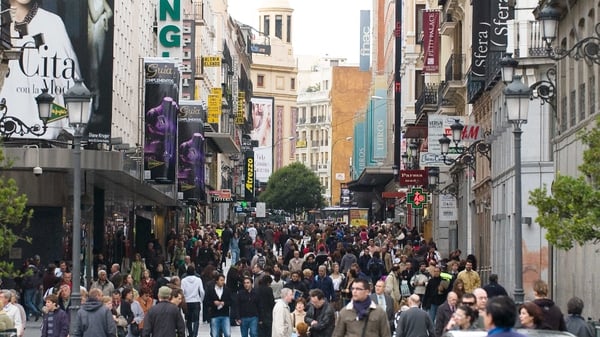