The British Chancellor has told MPs at Westminster that the terms of Britain's bilateral loan to Ireland were finalised between the two governments this morning.

George Osborne told the House of Commons the loan of £3.25 billion (around €3.8 billion) will be paid in sterling so that Ireland will have to bear the exchange rate risk in the coming years. Mr Osborne confirmed that the loan would be repaid in sterling.

The loan will be drawn in eight tranches, each tranche will have a seven-and-a-half-year term.The first tranche is not due to be drawn until September 2011.

The interest rate will be individually set for each tranche at the time of drawdown of that tranche.

The Chancellor said he estimated that the interest rate for the first tranche would be 5.9%. Interest will be charged every six months.

Mr Osborne said the bilateral loan to Ireland would not add to Britain's fiscal deficit and would earn its public coffers £440m in fees and interest.

'If Ireland takes out all the loan that is being made available to them, pays it back with the interest that has been forecast, then they would pay us £440m in terms of fees and interest,' Mr Osborne said.

Mr Osborne said the loan could be adjusted slightly to reflect foreign exchange moves, but not increased substantively unless the government sought the agreement of parliament beforehand. 'I have no intention at the moment of doing that,' he stated. 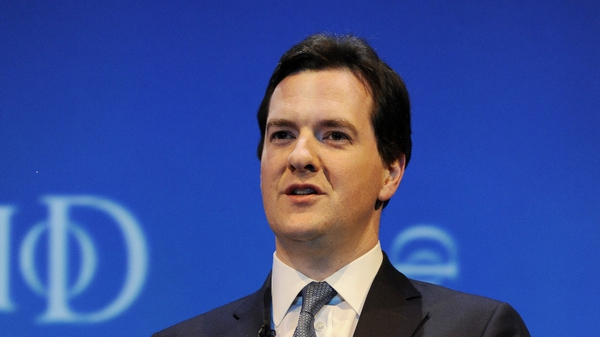