The European Central Bank is reported to be considering asking for an increase in its capital from euro zone member states. This is according to a report from the Reuters news agency, which quoted euro zone central bank sources.

One source said among the options being discussed was a doubling of the ECB's capital. Another source said it was not yet clear how much the bank would ask for.

The report quoted one source as saying that the ECB was worried about potential losses from its purchases of euro zone government bonds.

The bank's subscribed capital is almost €5.8 billion, compared with a balance sheet of almost €138 billion, according to its latest annual report.

All of the EU's 27 national central banks contribute to the ECB's capital. The 16 countries already using the euro make up 70% of the money.

National central banks can increase their capital in a number of ways, including government injections, selling off assets, using reserves or by maintaining profits.

A decision to bolster the ECB's capital now would come at a time when central banks and governments are struggling with the cost of the financial crisis and recent turmoil on the euro zone's financial and debt markets.

Greece and Ireland have been bailed out to the tune of almost €200 billion while many parts of Europe are straining under intense austerity programmes. Reuters quoted one of its sources as saying that it was not clear whether any new money would come from the central banks or from government.

As the euro zone's largest economy, Germany currently contributes almost a fifth of the ECB's capital. France pays in just over 14%.

The European Central Bank has said it bought almost €2.7 billion of euro zone government bonds last week, up markedly from the €1.965 billion it bought the previous week.

It was the highest level of purchases since early July, when weekly ECB purchases amounted to €4 billion worth of bonds. The bond buys usually focus on debt issued by Greece, Ireland and Portugal.

Since the ECB's controversial Securities Markets Programme was launched in May during the Greek debt crisis, the central bank has bought government bonds worth around €72 billion.

In the programme's first week, purchases totalled €16.5 billion, but the amounts fell to zero in late October and early November.

The ECB is not keen to take sole responsibility for resolving the euro zone's debt crisis, and German central bank governor Axel Weber has been joined by others in stressing that the bond purchasing programme it must be brought to an end at some point.

ECB president Jean-Claude Trichet regularly urges euro zone governments to 'live up to their responsibilities' by putting their finances in order and reaching agreement on a permanent debt resolution mechanism. 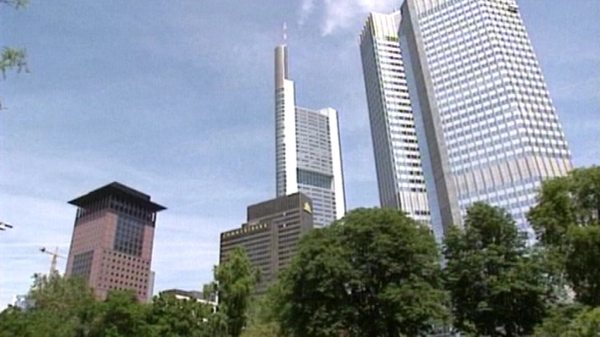 ECB to keep up funding for banks