The European Central Bank has said it will keep giving banks unlimited funding well into next year as the euro zone debt crisis rages, but it made no commitment to step up the pace of government bond-buying.

The ECB board agreed it would send the wrong signal to push ahead with phasing-out unlimited liquidity measures for euro zone banks now - as had been expected until recently - although apparently not unanimously.

But he made no firm pledge to ramp up buying of government bonds to support the likes of Portugal and Spain despite growing speculation that it could rush through new anti-crisis measures, including government bond-buying on a much larger scale.

Mr Trichet also welcomed the deal reached between Ireland, the EU and IMF. 'It addresses in a decisive manner the economic and financial causes underlying current market concerns and will thereby contribute to restoring confidence and safeguarding financial stability,' he said.

Hopes that the ECB would rush through new anti-crisis measures, such as expanding its government bond-buying, had lifted stock markets in the past couple of days.

The ECB started purchasing bonds through its Securities Market Programme (SMP) in May and has so far spent €67 billion, most of it during the first three weeks of the programme. It has not said what it has bought or how much it intends to spend although traders say it increased Portuguese bond buys this week.

The scheme has been a source of division within the ECB. Bundesbank heavyweight Axel Weber has repeatedly criticised the tactic and in October called for the programme to be scrapped, saying it had not worked.

Interest rates, or yields, on bonds of Portugal and Ireland dropped sharply this afternoon, with traders saying that the ECB was buying the bonds of both countries. The yield on 10-year Irish bonds fell just below 9%, while the Portuguese yield fell below 7%.

Mr Trichet also released the latest ECB euro zone growth forecasts, which foresee growth of between 1.6% and 1.8% this year and 0.7% to 2.1% next year.

Minister for Finance Brian Lenihan has said depositors should be totally reassured about their money in Irish banks.

He said the European Central Bank supports the decisions made by the Government, and there will be nothing in next week's budget that he wouldn't have done in any event.

The minister said four-year plan wasn't written by the IMF but by the Government.

Speaking about next week's budget, Mr Lenihan said cuts in social welfare have not been ruled out.

He also the plan provides for a very substantial reduction in Justtice Minister Dermot Ahern's pension. He said pensions in the public service will see reductions and those with the largest pensions will see the biggest reductions.

This morning, Spain was forced to offer sharply higher yields on three-year bonds in an auction in a sign that market fears persist over its economy despite new government measures.

The Spanish Treasury raised €2.47 billion, as it targeted, but the average yield offered was sharply higher than at the last similar auction on October 7, at 3.717%, up from 2.527% previously. The bonds attracted strong demand with offers of almost €5.6 billion, a government spokesman said.

Analysts said the auction was reasonably well received, in the light of current conditions.

Meanwhile, Spain's prime minister Jose Luis Rodriguez Zapatero says the country will not have to tap any EU rescue fund. His comments came in a transcript of an interview with broadcaster CNBC to be broadcast later today.

Zapatero also called for a 'much more integrated fiscal policy' for the euro zone. The consolidation process of Spain's banking system had not slowed down, Zapatero said, adding that Spain has had to inject less capital than any other euro zone nation into its banking system.

Spanish banks have reduced their recourse to the European Central Bank for funding, he said, as they regain access to the wholesale funding markets. 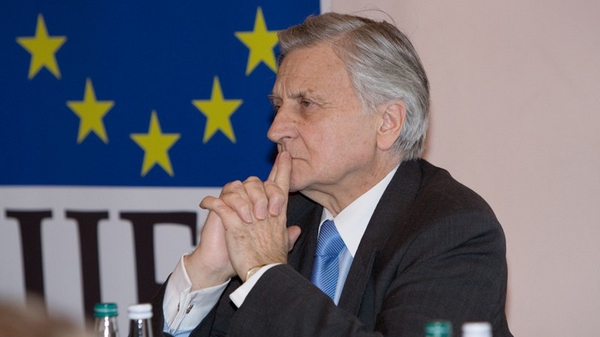