The EU Commissioner for Economic Affairs, Olli Rehn, has said that it would not be advisable for any new government in Ireland to attempt to renegotiate either the interest rate on the EU/IMF loan or the use of the National Pension Reserve Fund in repairing the banking sector.

In an interview with RTÉ News, Commissioner Rehn said it did not want to involve himself in democratic politics in Ireland, but he said: 'They are key parts of the programme so I would not advise re-opening these'.

He said he 'fully understood' the frustration and anger of the Irish people about the banking sector, which he said had made big mistakes in the past. 'However we have to move on and the essential thing is to complete the repair, implying both the restructuring and downsizing of the banking system,' he said.

On the use of the NTMA's cash buffer and the pension reserve fund, Mr Rehn said: 'These are part of the programme in terms of self-financing by Ireland. It increases the ownership and commitment of Ireland to the success of the programme, and it is also important for other EU member states because this package will have to be adopted in all the other euro area member states.'

Mr Rehn said he did not see any tensions or reservations in other member states approving the loan. 'I trust there is the same sense of responsibility and solidarity both for Ireland and Europe as a whole,' he stated.

The final interest rate, he said, would be specified this week, but it was based on the same principles that the IMF and the EU had applied in relation to Greece, and as agreed by Ireland when Greece received its €110 billion bail out.

Mr Rehn denied there was any difference of opinion between the ECB, the European Commission and the IMF on whether or not senior bondholders should be 'burned' in the Irish banking sector.

He said senior debt would not be jeopardised, otherwise there could be the risk of further contagion in the system.

'The EU-IMF-ECB troika worked in excellent co-operation and there was no significant deviation of positions on these issues. Our position is very clear. The senior debt, not to speak of sovereign debt, should not be and will not be restructured. It is another thing as regards subordinated bondholders,' he said.

'These decisions of the EU finance ministers are based on the need to avoid any further contagion effect,' he added.

Despite the European Commission's growth forecasts for next year showing a lower rate of growth to that of the Government in the four year plan, Mr Rehn said he had no doubt that Ireland could grow its way out of trouble.

'I'm certain Ireland, which is a flexible and open economy, with a very skillful and competent labour force will rebound from this current recession. There is already evidence of export growth picking up. In September this year Ireland had the highest increase in industrial production in the EU,' he said.

When asked if Ireland's debt may need restructuring if growth does not materialise, he said: 'There is no need for that. In fact the issue of debt sustainability was one of the critical questions of the discussions in the preparations of the (EU/IMF) programme, as well as in the meeting of EU finance ministers'.

'Precisely because of the realistic macro-economic scenario of GDP growth we have extended the period of fiscal adjustment to 2015 so it is realistic and do-able.This will also facilitate better growth dynamics and ensure debt sustainability,' the Commissioner said.

On Portugal, Mr Rehn said that although the country has had sluggish growth over the past decade it had taken bold steps to reduce its deficit and would be announcing structural reforms.

But he admitted that the Commission was concerned about the danger of contagion, not just in the sovereign debt sphere, but also in the banking sector because of the inter-connectedness of European banks. 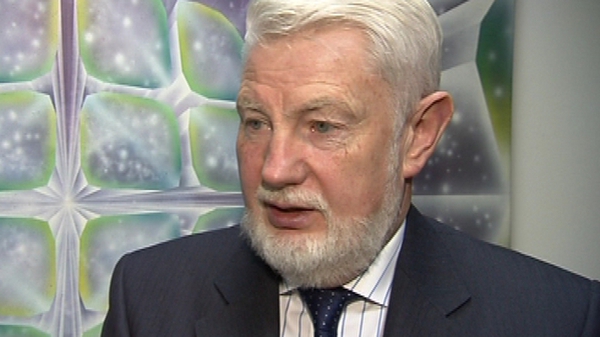