Builders owed up to hundreds of thousands of euro following the collapse of the Pierse and McNamara construction groups are demanding new legislation.

More than 190 sub-contractors held a meeting today predicting more collapses and a threat to the whole construction industry.

Many of the builders are especially angry because they were involved in State contracts on schools hospitals and service stations.

Tony O'Leary, chairman of the Alliance of Specialist Contractors Association, said companies like Pierse and McNamara were winning State contracts right up until their collapse.

The work is being carried out for the State but those who did the work have not been paid, he said, describing this as an appalling indictment of how the State conducts business in Ireland.

Mr O'Leary had called for the implementation of new legislation to protect the rights of sub-contractors. He said that under the present law, builders have to keep working even when they are not being paid.

Contractor Jim Curley of Jones Engineering predicted more collapses in the industry and said it was in danger of grinding to a halt.

A spokeswoman for the Department of Education, which awarded some of the contracts involved, said the main contractors had been deemed competent to carry out the work. 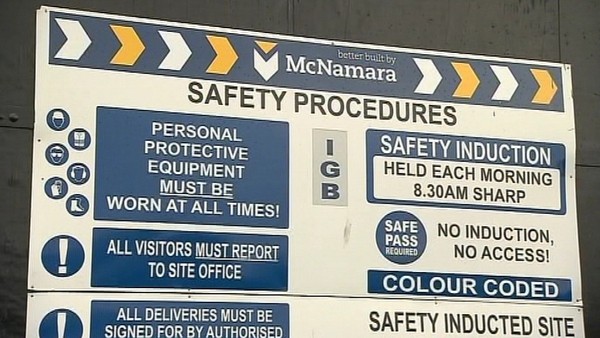