He said an IMF team already in Ireland would now begin to 'swift discussions' on an economic programme with the Irish authorities, the European Commission, and the ECB.

The ECB said funding from the EU and euro zone, together with the IMF, would be provided under 'strong policy conditionality', on the basis of a programme negotiated with the Irish authorities by the Commission and the IMF, in liaison with the ECB

Aid negotiated with the IMF 'will also include a fund for potential future capital needs of the banking sector,' EU ministers said, highlighting 'deleveraging and restructuring'.

The EU ministers' statement underlined that other non-euro EU nations, over and above Britain and Sweden, which have already offered bilateral assistance, could yet join the effort. Belgian finance minister Didier Reynders said the rescue package would fall somewhere short of €100 billion. A BBC report tonight said Britain would provide around £7 billion. 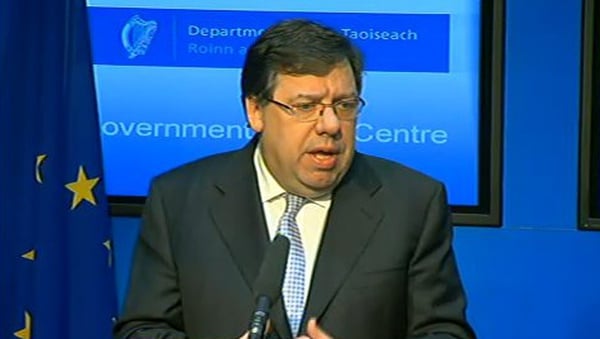