The EU economic affairs commissioner has said the EU will now 'intensify' work on a support programme for Ireland 'with an accent on restructuring its banking sector'.

Olli Rehn was speaking after a meeting of euro zone finance ministers, including Brian Lenihan, in Brussels tonight. He told a news conference that the talks, which had begun 'at the weekend' would now intensify and 'move to Dublin'.

Mr Rehn said Minister Lenihan had 'committed' to work with the European Commission, the European Central Bank and the International Monetary Fund.

'This work will now intensify,' he said, in an effort 'to determine the best way to address any possible support required' to cover Ireland's banking sector.

In a statement, the IMF confirmed that a team from the fund would participate in 'a short and focused consultation, together with the European Commission, and the ECB, in order to determine the best way to provide any necessary support to address market risks'. It said this was happening at the request of the Irish authorities.

The head of the Eurogroup of finance ministers also said the euro zone would act in a 'determined and coordinated' manner to ensure its stability. Luxembourg's prime minister Jean-Claude Juncker was also speaking to a news conference following the talks.

Juncker also welcomed the 'willingness of Irish authorities to enter talks with the European Commission and the IMF.

'The discussions that will take place between Ireland, the Commission, the ECB and the IMF will allow us to have at our disposal all the elements that we will need in case Ireland asks for aid,' he said.

Earlier, European Commission president Herman Van Rompuy warned that the European Union will not survive if it fails to overcome a debt crisis plaguing the single currency area

'We're in a survival crisis,' Van Rompuy said in a speech in Brussels hours before the euro zone finance ministers meeting.

On bond markets, the interest rate demanded by investors to lend money to Ireland for ten years stood at 8.45% earlier this evening, up from just under 8.2% earlier. 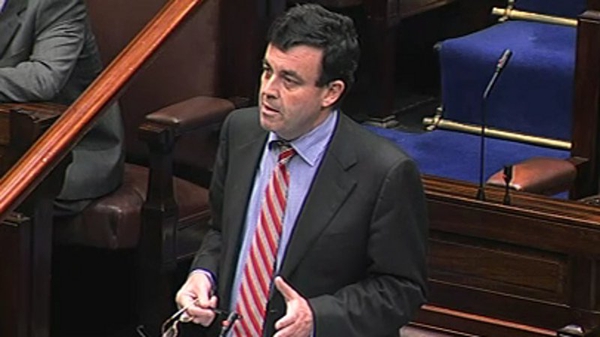