G20 leaders drew a veil over their economic policy disputes today, agreeing to tackle tensions that have raised the spectre of currency wars and giving the nod to countries that have seen huge capital inflows to impose controls.

The developed and emerging nations agreed at a summit in Seoul to set vague 'indicative guidelines' measuring imbalances between their multi-speed economies but - calling a timeout to let tempers cool - left the details to be discussed in the first half of next year.

In the final statement of the summit, the group's fifth since the financial crisis exploded in 2008, the leaders vowed to move towards market-determined exchange rates and shun competitive devaluations.

They also agreed that there was a critical, but narrow, window of opportunity to conclude the long-elusive Doha round of trade liberalisation talks launched in 2001.

After weeks of verbal jousting, the US and China sought to bury the hatchet over Beijing's currency, which Washington says is undervalued, and global risks stoked by the US Federal Reserve printing money to rev up its struggling economy.

'Exchange rates must reflect economic realities. Emerging economies need to allow for currencies that are market driven,' US President Barack Obama told a news conference after the communique was agreed. 'This is something that I raised with President Hu Jintao of China and we will closely watch the appreciation of China's currency,' he added.

The G20's accord sought to recapture the unity that was forged in crisis two years ago, but deep divides meant the leaders could not venture much beyond what was already agreed by their finance ministers last month.

Negotiators had laboured until the early hours of the morning to thrash out an agreement their leaders could all endorse, despite sharp disagreements that were on public display in the days before the meeting.

In a departure from earlier statements, the G20 said it would allow emerging market countries with 'adequate reserves and increasingly overvalued flexible exchange rates to use carefully designed macro-prudential measures'.

That is a green light for countries such as Brazil, which has already sought to stem massive inflows of capital, to take further measures, short of deliberately engineering a lower exchange rates.

Tempers had flared over the US Federal Reserve's latest $600 billion bond-buying programme aimed at strengthening a shaky recovery, while Ireland's worsening debt troubles served as a reminder that the financial system is far from fully healed.

In particular, the leaders were unable to agree on how to identify when global imbalances pose a threat to economic stability, merely committing themselves to a discussion of a range of indicators in first half of 2011.

The G20 has fragmented since a global recession gave way to a multi-speed recovery. Slow-growing advanced economies have kept interest rates at record lows to try to kickstart growth, while big emerging markets have come roaring back so fast that many are worried about overheating.

GLOBAL IMBALANCES: Ironing out rifts between export-rich countries and debt-laden consumer nations has become the G20's cornerstone. Leaders had already agreed on a 'framework' for balanced growth, and submitted medium-term economic plans for IMF review to ensure they do not clash, and the final summit communique did not go much further. In Seoul, the US had to give up on getting others to agree to numerical targets for current account deficits and surpluses. Instead, G20 leaders instructed their finance ministers to draw up a set of 'indicative guidelines' to measure large current account imbalances, in consultation with the IMF, but left the details to be discussed in the first half of next year.

CURRENCIES: Foreign exchange rates are central to the imbalances debate. The US and others have cajoled China to allow its yuan currency to rise faster and accuse Beijing of keeping it undervalued to gain a trade advantage. But Washington faced a tougher time making that case when many of its allies view the Fed's easy money as a means to weaken the dollar. The leaders vowed to move towards market-determined exchange rates and shun competitive devaluations, a repeat of a commitment made at a G20 finance ministers meeting last month.

But, in a nod to the growing clout of developing economies such as Brazil, G20 said those emerging economies with increasingly overvalued exchange rates that face an undue burden of adjustment would be justified in taking 'carefully designed macro-prudential measures' - code for capital controls - to counter capital inflows. At previous G20 summits, leaders have haggled over whether to include a line in the closing statement singling out China for keeping its currency undervalued, but once again this did not happen.

FINANCIAL REGULATION: World leaders signed off on a 'Basel III' agreement to raise the quality and quantity of bank capital, the centrepiece of their reforms following the financial crisis. They also be endorsed of the Financial Stability Board's proposals to tighten supervision of the over-the-counter derivatives market and reduce reliance on credit rating agencies. However, they did not significantly advance the rest of their regulation agenda. The G20 endorsed a series of broad recommendations by the Financial Stability Board to regulate banks judged too big to fail but, with disagreement over issues such as whether such institutions should be subject to further capital surcharges, said more work needed to be done on devising specific measures.

TRADE: Slow-growing advanced economies all want to export their way to economic health, which is the root of the tensions over currencies and imbalances. Leaders made broad pledges not to pursue protectionist policies and to work towards concluding the long-stalled Doha round of trade liberalisation talks. In a blow for the hosts, South Korea and the US failed to seal a long-stalled free trade agreement, mainly due to disagreement over access for US carmakers to the lucrative South Korean car market.

INTERNATIONAL MONETARY FUND : Leaders endorsed a package of reforms thrashed out by their finance ministers last month to reform the International Monetary Fund to reflect a shift in the balance of global economic power. Under the deal, more than 6% of voting shares at the Fund will shift to dynamic developing countries such as China, which will become the third-biggest member of the 187-strong Washington-based lender. 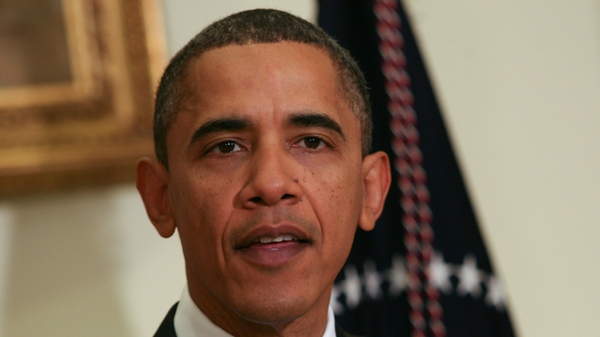 Obama calls on G20 leaders to do their part