Mr Drumm stood down from Anglo Irish in December 2008. The bank subsequently issued legal proceedings in relation to a debt of €8m he owes the lender.

Last month, the High Court heard that he had voluntarily applied for bankruptcy in Massachusetts, where he now lives. When he did, he also filed a statement of affairs detailing his own income and how much money he owes his creditors. It showed that he earned $85,500 up to mid-October this year.

Some of these earnings came from advisory services which he offered to his clients in the US. These services included advice on management and organisational issues, strategy, acquisitions and disposals.

RTÉ News has learned that some of Mr Drumm's clients are also customers of Anglo Irish. Mr Drumm previously headed the banks operations in the US.

In Ireland, two other former Anglo Irish executives have been advising customers of the bank which is now being wound down over a 10- to 15-year period with a potential cost to the taxpayer of €29 billion to €34 billion. 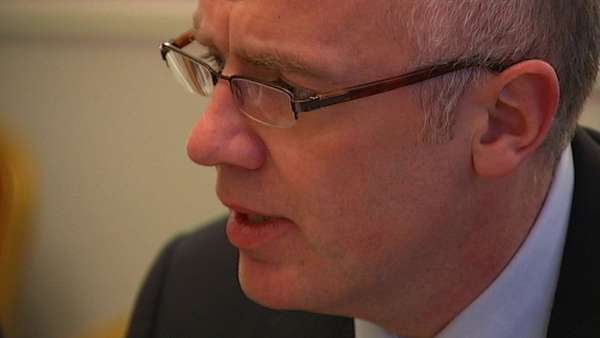