The High Court has appointed liquidator Simon Coyle of Mazars to one of the country's largest building firms - Pierse Construction - which directly employs 109 people.

Mr Justice Peter Kelly has also said the trading activities of the company in the past 18 months should be investigated amid allegations of insolvent trading.

The judge said many creditors felt hard done by having worked hard in recent times and received not a cent for their efforts. Many felt they had been led along when the writing was on the wall and the company ought to have ceased trading. The judge said debts of €200m did not accumulate overnight.

While he was not in a position to adjudicate on these issues, they would all be investigated by the liquidator, he said.

While much had been made by the company of a €16m bad debt owed to it by another firm, there were more substantial intra-company debts among the 'spider's web' structure of the group, which he said was 'extraordinarily complicated.

He said it was bad news indeed for the employees, who on the threshold of Christmas, were now facing a situation where their employer will be in liquidation. He also had sympathy for creditors who were owed 'colossal sums of money'.

Earlier lawyers for Pierse said its position had 'materially disimproved' since an interim examiner was appointed last month and they no longer wished to proceed with the examinership process.

However, Mr Justice Peter Kelly has sharply criticised the approach taken by the company and said he had concerns over possible abuse of court process. He gave the company and the interim examiner until 2pm today to file a sworn statement and a report answering questions raised by creditors and the judge last week.

The judge said a court order seeking the information had been made and it must be complied with.

He said a €200m debt did not arise overnight and allegations had been made by creditors of insolvent trading. Other things he heard last week, if they were true, did not reflect well on the directors of the company.

Pierse Construction could not simply come to court, having not answered the questions and say they did not wish to proceed with the process, he said. Because of their actions neither the court nor the creditors could see what was in the interim examiner's report, he added.

Counsel for the company, Rossa Fanning, said the company was asking the court to appoint a liquidator. It had no assets other than those secured to Bank of Ireland and were the Bank to appoint a receiver there would be no assets left in a liquidation.

He said the directors very much regretted that it had come to this and felt they had done their best at all times. Mr Justice Kelly said he would be able to adjudicate on that assertion when he had answers to the questions he had asked.

He said one thing he noted was the extraordinary weight attached to one debt of €16m while there was an inter-company debt of €70m which far exceeded it.

€40m of that debt appeared to come from a company said to be in the group but which did not appear on the 'spider's web' diagram of companies in the group, he said.

Pierse Construction is one of the top three construction firms in the country. Founded in 1978, it has worked on some of the biggest construction projects in Ireland

A statement from the company this afternoon said it will work within the constraints of liquidation to minimise the impact of this process on its design teams, sub-contractors and suppliers. 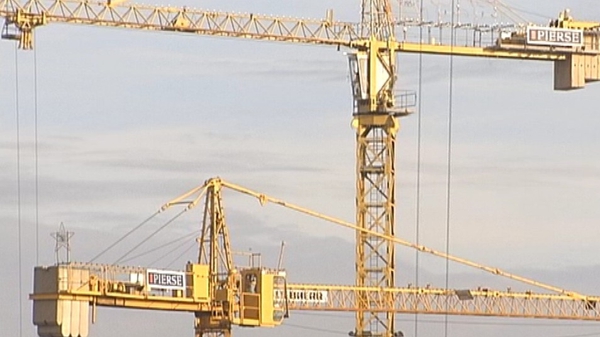