EU economic affairs commissioner Olli Rehn has said he would 'by far prefer' that national leaders steer clear of a rewrite of the Lisbon treaty to tighten rules on running their economies.

Rehn was speaking to reporters on the sidelines of a conference ahead of a summit on Thursday and Friday.

He was talking specifically about a German demand to revise the treaty in order to turn a €440 billion temporary crisis fund for struggling euro zone states into a permanent mechanism.

Germany wants the Lisbon treaty updated so as not to fall foul of its national constitutional court.

Rehn said the commission did 'not want to rule out a treaty change concerning a permanent crisis resolution mechanism'. But he said the commission was 'exploring the legal possibilities and constraints' behind its objective of establishing a safety net without risking long, drawn-out arguments over ratification.

Last week, in a rare intervention, the head of the European Central Bank has said he had 'objections' to an EU deal on reforming the euro zone.

Trichet is one of the most committed advocates of strict budgetary discipline in the euro zone, backing penalties against governments who do not respect the terms of the EU Stability and Growth Pact.

He was reacting to a controversial compromise deal that would put in place tougher penalties for countries that fail to comply with budgetary rules.

Under the agreement, a country warned by the European Commission on its budgetary practices would have six months to amend its behaviour before sanctions would take effect.

Germany initially wanted such penalties to be automatic, but Chancellor Angela Merkel dropped this demand, prompting some to accuse her of buckling under fire from France. 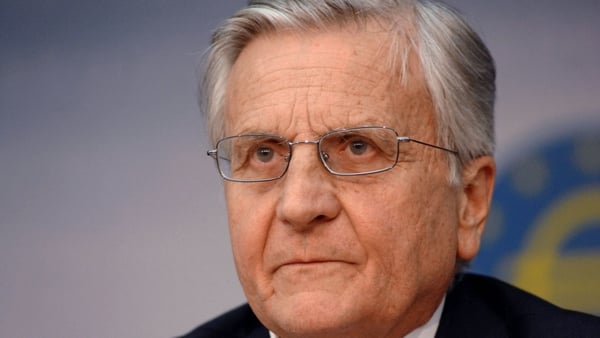