A spokesman for the European Commission has confirmed that the Commission's ethical committee is examining Charlie McCreevy's appointment as a director of the London-based bidding vehicle NBNK Investments.

The Committee will issue a non-binding recommendation in a matter of weeks, said spokesman Michael Mann.

According to Commission rules, a directorship can be referred to the ad hoc committee to ensure that it does not breach Code of Conduct rules or if there is any appearance of a conflict of interest.

Most Commissioners from the first Barroso Commission (2004-2010) have had their new posts referred to the ethical committee.

Charlie McCreevy, whose five year mandate as Internal Market Commissioner ended in February, has already had his appointment to the board of Ryanair checked by the committee.

On that occasion, the committee approved the appointment on the condition that Mr McCreevy does not involve himself in any of the legal cases between the European Commission and Ryanair which occurred during his time as a commissioner.

His appointment to NBNK was referred to the ethical committee in late July. As internal market commissioner Mr McCreevy was responsible for a raft of legislation dealing with the financial services sector, much of which resides in the City of London.

According to newspaper reports, NBNK is due to bid for retail banking assets which have had to be sold off following the financial crisis.

There has been criticism in recent weeks over transitional payments to ex-Commissioners once they leave Brussels. Mr McCreevy was identified by an FT Deutschland investigation as one of the higher earners in the private sector following the end of his Commission mandate.

Under Commission rules former commissioners can receive up to 65% of their salaries for three years after they leave Brussels in order to assist in their transition to the private sector.

The rules state that the payments can be adjusted downwards to ensure that their new salaries in the private sector - combined with the transition payment - do not exceed their commission salaries.

The Code of Conduct, meanwhile, requires Commissioner to inform Brussels in the first year after they leave of any new positions they take up. For the rest of their working lives former commissioners are expected to adhere to the standards laid down by the Code of Conduct and the European treaties.

The Code of Conduct is expected to be revised by the end of the year, according to a commitment given by Jose Manuel Barroso before he was appointed for a second term as Commission President.

The revision is likely to look at the rules surrounding commissioners' return to the private sector. 'One thing we can't do is to prevent ex-Commissioners from earning a living once they leave Brussels,' said Mr Mann. 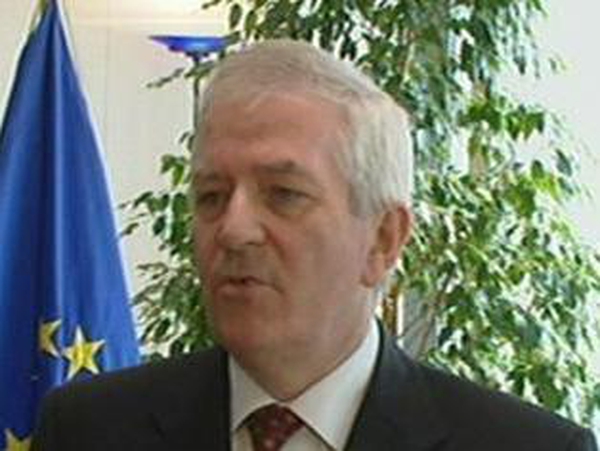