Developer Paddy McKillen claims the National Asset Management Agency is acting in breach of a decision of the European Commission. Mr McKillen is challenging NAMA's decision to acquire €80m of loans to him.

Mr McKillen, who owes the money to Bank of Ireland, claims his loans are fully performing and he is not an 'impaired borrower'.

He says these loans are well-performing, valuable assets and are not in danger of becoming impaired. He claims that the European Commission's decision to allow the state to proceed with NAMA obliged the agency to acquire loans only from borrowers who were impaired.

Lawyers for Mr McKillen said this came to light after they received correspondence between Fine Gael Senator Eugene Regan and the European Commission earlier this month.

His lawyers are asking the High Court to allow him to add to the case he is taking against NAMA to make this argument. He says documents sworn by officials from NAMA say a decision was taken to acquire his loans in December 2009, on the basis that there was an exposure of €2 billion by banks participating in NAMA to Mr McKillen..

Lawyers for the State are strongly opposing Mr McKillen's attempt to amend his case. Senior Counsel Maurice Collins said Mr McKillen was very late in attempting to make these changes and that his argument was without substance or merit.

Mr Collins said it was untenable to argue that the European Commission had intended to impose a restriction on NAMA - that it would only acquire loans from impaired borrowers. He said the letter to Senator Regan was merely correspondence from an official and could not change the Commission's decision. He said that, in any case, NAMA would be arguing that Mr McKillen was an impaired borrower.

Mr Justice Frank Clarke said he would give his decision tomorrow afternoon. The challenge by Mr McKillen to NAMA is due to begin on October 4 and is due to take two weeks. 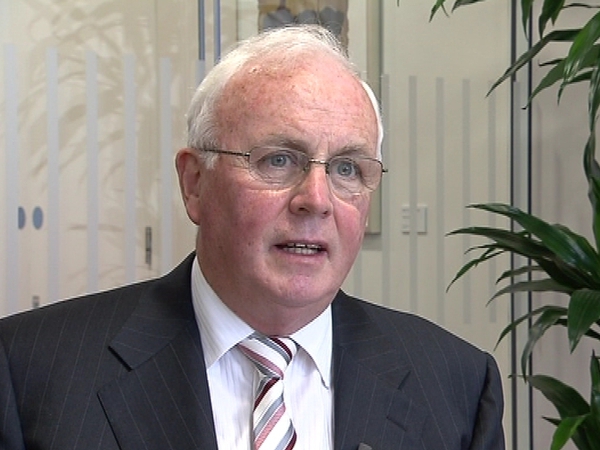