The Governor of the Central Bank, Professor Patrick Honohan, has said he approves of the Government's plan to restructure Anglo Irish Bank into two separate institutions, but said the Government needed to look again at its long-term Budget plans.

Speaking at a European Money and Finance forum in Dublin today, Mr Honohan described the Government's decision on Anglo Irish Bank as a 'welcome relief'.

Patrick Honohan said the Government had asked him to determine the appropriate levels of capital that would be required by each of the two new Anglo institutions. He said the Central Bank was assessing the bank in a different manner to how it had for the other banks.

He added that he would publish a stress assessment of the potential future losses at Anglo Irish Bank.

However, Patrick Honohan said that the Government needed to re-examine its multi-year Budget soon, if it is to meet its plan to reduce the country's deficit to 3% by 2014.

Mr Honohan said that the real economy, the level of prices and interest rates on Government borrowing, and the cost of servicing the debts associated with bank restructuring would all have negative impacts on the economy.

Commenting on the recent increases in the cost of borrowing, he said that unless international lenders were convinced that the long-term plan for the budget was going to be adhered to, these costs would continue to go up.

Patrick Honohan said that 'some explicit re-programming' of the budgetary profile for the coming years was 'clearly necessary soon'.

In his address, Mr Honohan also said that the Central Bank had carried out its own stress tests on Bank of Ireland and AIB and had determined new capital requirements for both.

He said that Bank of Ireland has already met these and AIB will do so by the end of the year. This prompted Mr Honohan to describe both banks as 'sorted'.

A well-placed EU official has told RTÉ that, given what he described as a 'very, very challenging situation' in Ireland, political stability was important.

Without making any explicit reference to the controversy surrounding Taoiseach Brian Cowen's Morning Ireland interview last week, the official said: 'Political stability is important when you have to pass budgets, when you require sacrifices from the public,' he said.

He drew a comparison with Spain where the socialist government is passing unpopular reforms to lower its budget deficit. 'The government there has a comfortable majority, it can pass laws,' he said.

The official also expressed surprise at the comments by the Central Bank governor, describing them as 'not the most helpful for Mr Lenihan'.

The comments come during a crucial week for the Government and the Irish economy. As well as the sale of 10-year bonds tomorrow, there is a growing expectation that a European Commission decision on the Government's plans to restructure Anglo Irish Bank will come very shortly.

The official acknowledged that Ireland had already done a lot in cutting public spending. These, he said, were having a social impact. 'The weak point is the banking sector,' he said.

Another key test will come when the Government presents its deficit forecast for 2010. It is expected that, because of the capital injections into Anglo Irish Bank, our deficit will breach the 20% mark.

The presentation could be a matter of weeks away, and it will be up to the European Commission and the euro zone countries to assess where to go next. They will have to look at what budgetary moves the Government would have to make next year to begin bringing the deficit down.

At that point the Government could, theoretically, request an extension to the target of getting the deficit down to 3% of economic output by 2014.

The Department of Finance said Budget plans were in line so far, and that it would give an update on its plans in the second half of October. It said the Government agreed with Professor Honohan that it was important to tackle the public finances.

Speaking at the same conference as Professor Honohan, the chief executive of the Irish Banking Federation said that in future, banks must play a strong social, as well as economic, role.

Pat Farrell said the banking sector had lost the trust of the public and had let people down.

He called for a new social contract with the authorities, under which banks would commit to a number of principles, including taking fewer risks, being less focused on property and responding to the needs of the economy and businesses.

Mr Farrell said the IBF had been working with Enterprise Ireland to develop expertise in fast-growing sectors of the economy. He said banks were also working with struggling homeowners and small businesses. 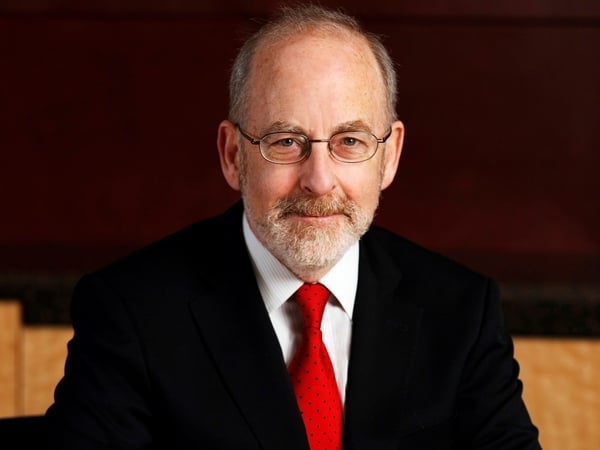