Drinks giant Diageo has reported an 8% drop in Irish sales in its annual results, but says it has made market gains in beers and spirits.

Sales of Guinness were down 5% by June 30, but the company says this fall is in line with the overall decline in the drinks industry.

However, Guinness’s market share has risen slightly to 32.6%, which effectively means it accounts for one of every three pints bought in Irish pubs. Digaeo says the drink has enjoyed 30 consecutive months of growth in Irish pubs.

‘Arthur’s Day’, which celebrated the 250th anniversary of the foundation of the Guinness company, proved to be a massive success.

The second ‘Arthur’s Day’ will be held next month.

Globally Guinness sales were flat, with a strong rise in Asia making up for a 2% decline in Europe.

Baileys recovered from a poor first half but still experienced a 4% fall in sales, with the biggest hit coming in North America where the decline was 7%.

Worldwide, Diageo reported a pre-tax profit of £2.2 billion for the year, up from £2 billion a year earlier. Net sales rose 5% to just under £9.8 billion. 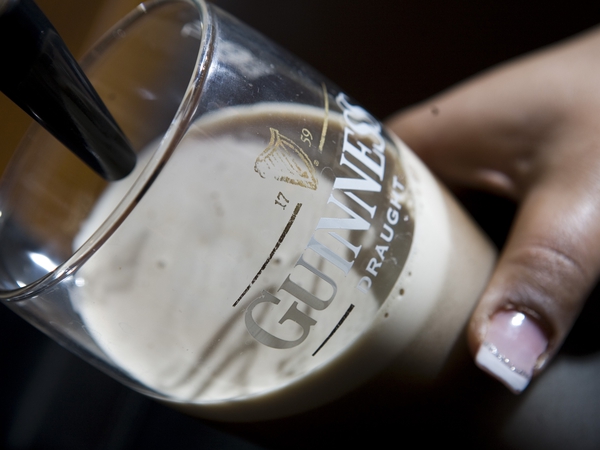