The head of the National Treasury Management Agency, which borrows money on behalf of the State, has criticised the downgrading of Ireland's credit rating by the international ratings agency, Standard & Poor's.

S&P last night lowered Ireland's rating from AA to AA-. Bond markets have reacted negatively, with the cost of borrowing for Ireland compared with Germany hitting a record high.

S&P blamed the rising cost of bailing out the banking sector for its downgrade. It said the cost of support to the banks would weaken the Government's financial flexibility over the medium term.

But NTMA chief John Corrigan told RTE the rating agency's analysis was flawed. The NTMA argues that S&P's analysis is based on an 'extreme estimate' of bank recapitalisation costs of up to €50 billion.

'Exceptionally, we have taken issue with the rating agency. It's something we don't like to do but there comes a point when the analysis is not robust,' NTMA chief executive John Corrigan told RTE.

S&P's analysis of the total cost of the banking crisis also included around €40 billion worth of bonds being transferred to the banks by the National Asset Management Agency in return for property-linked loans. Mr Corrigan said S&P was not including any value from the assets being taken over by NAMA.

A credit rating downgrade usually makes borrowing more expensive for a country, and the interest rate demanded by investors to lend to Ireland rose. By this evening, the yield on Irish 10-year bonds had climbed to 5.73%, about 3.6 percentage points above the German equivalent.

Rating agencies have been steadily hacking away at Ireland's credit rating and S&P's is now on a par with Fitch and one notch below Moody's, which cut its rating to Aa2 last month. Unlike S&P, both Fitch and Moody's have stable outlooks.

It said the bank's credit losses have been 'significantly lower' than it had expected.

'The stable outlook reflects our expectation that KBC Bank Ireland will be moderately profitable through 2011 and continue to demonstrate sound capitalisation,' the agency said in a statement.

It also said the bank's earnings have been helped by asset repricing and a reduction in operating expenses. 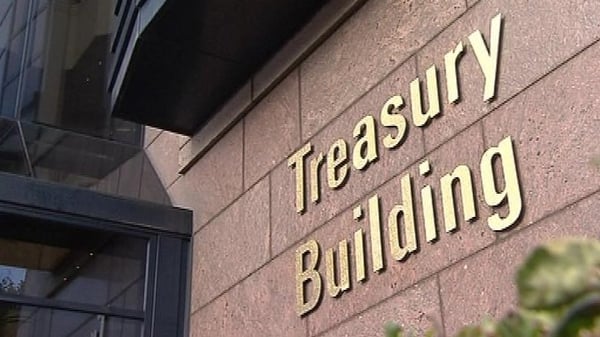