The economic recovery in the euro zone slightly lost momentum in August, with growth still depending on powerhouses Germany and France, a leading indicator showed today.

The purchasing managers' index (PMI), a survey of 4,500 euro area companies compiled by data and research group Markit, fell to 56.1 points from 56.7 points in July, when it had accelerated for the first time in three months.

'The reading was still consistent with a robust rate of expansion and combined manufacturing and service sector output has now risen for 13 consecutive months,' Markit said.

Any reading above the 50-point line indicates economic growth, but Markit pointed to stark differences between euro zone nations.

There was little evidence to suggest that 'buoyant business conditions' in core economies are spilling over to weaker ones amid stinging austerity measures to slash deficits, said Markit chief economist Chris Williamson.

'The recovery lost only slight momentum compared to the bumper growth seen in the second quarter, with the flash euro zone PMI for August consistent with gross domestic product for the region growing at a quarterly rate of 0.7%,' Williamson said.

'However, the robust headline number masks some worrying developments,' he said.

'Of greatest concern, the upturn continued to be all too dependent upon France and Germany. Growth in the rest of the euro area slowed to near stagnation, and services even contracted again as austerity measures bite,' he added.

The rest of Markit's data showed a drop in the manufacturing index to 55 points from 56.7 points in July, its lowest level in six months. The services index fell slightly to 55.6 points from 55.8 points the month before.

Earlier this month, Germany posted its best quarterly performance since reunification with 2.2% growth between April and June, driving the euro zone economy to 1% growth, above a forecast of 0.7%. 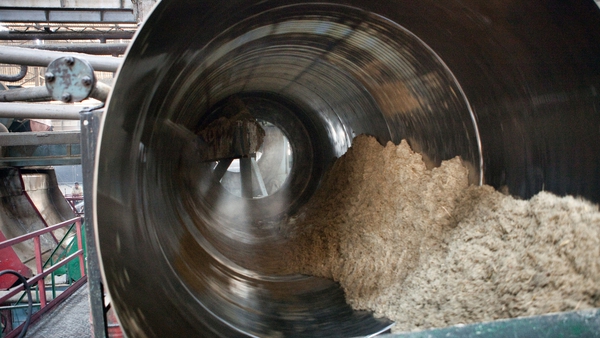