Ulster Bank, part of the Royal Bank of Scotland group, has reported operating losses of £314m sterling (€361m) for the six months to the end of June.

This compares to a loss of £8m the same time last year and the bank said it represented a 'significant deterioration' in its financial performance.

The bank reported total impairment charges for the six months of £499m (€570m), up significantly from the figure of £157m the same time last year.

The bank said that economic conditions remain tough in Ireland with continued pressure on property prices which is hitting the credit quality of its customers.

Before impairment losses however, the bank said that its operating profits increased by 21% to £185m (€213m) from £149m the same time last year.

Speaking on RTÉ Radio, the bank's outgoing chief executive Cormac McCarthy said that the first six months had been difficult for the bank with its losses mainly property driven amid the economic deterioration.

He said the bank is continuing to build its business here and added that Ulster Bank is a core part of RBS and is here in Ireland to stay.

Ulster Bank's parent, Royal Bank of Scotland, is currently seeking to take control of the Arnotts department store which has heavy borrowings from the bank. Mr McCarthy said he could not comment on the matter but said the situation reflects what other banks are doing in efforts to project their securities.

Mr McCarthy had been CEO of Ulster Bank's First Active when it became the first financial institution here to introduce 100% mortgages some years ago. He said that 'as an industry we made lots of mistakes' but added that he was proud of what the bank had achieved in the last couple of years to 'right the ship'.

Last month Mr McCarthy said he would step down from his position when a successor is found. He spent ten years in the top job.

Ulster Bank said today that it managed to increase customer numbers by 49,000 or 3% in the six month period with good growth in its retail current and deposit accounts. It has 1.9 million customers here.

Meanwhile, Royal Bank of Scotland today announced a £9 million sterling net profit for the first half of 2010, compared with a £1.04 billion loss last year. 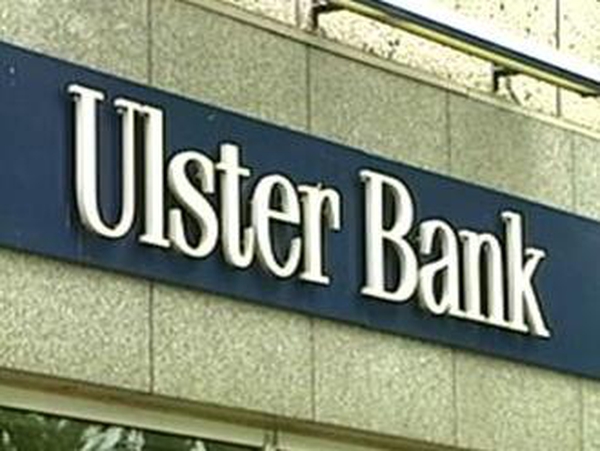 Lay-offs will be voluntary - Ulster Bank