BUCKING THE TREND - How do you take billions out of an economy but still manage to grow the amount of money you take from your customers? The man with the answer is Michael Duffy, chief executive of the RDS, whose Dublin Horse Show has actually increased its average income per visitor in each of the last two years. The Horse Show begins tomorrow and a report on it has concluded that it helped to generate €43m for the economy last year.

Mr Duffy puts the Horse Show’s success down to a combination of renewal and communication. He says there are over 300 trade stands at the show. He says those attending the show are a mixture of those there primarily for the equine competitions and those seeking entertainment. He says the sport horse business is a £400 million industry and the Horse Show aims to help to help the industry.

***
MORNING BRIEFS - The British bank, Northern Rock, has reported half yearly, underlying losses of €170 million. You willl remember it as having suffered the only run on a bank in modern times. In the company's results today, it says its performance is line with expectations and significantly uses the term ‘safe’ to describe its savings business. It had to be nationalised to prevent it from going under but it's expected that the British government will be ready to sell it in the near future. The bank's management say they're preparing for a return to private ownership when conditions are right to do so.

****
Back home, Iarnród Éireann will reveal its final four in the competition to build Dublin's new underground Dart connector project later today. Some of the world's biggest names in construction and engineering are in the race, including Macquarie and Balfour Beatty. They are battling it out for a public private partnership contract worth €2.5 billion. Sadly for indigenous building firms, because of the scale of the project, few were in a position to express an interest. But it is expected that 7,000 jobs will be created during construction.

****
The broadcaster, ITV, is recovering well from the advertising downturn. Today, it has reported a half yearly profits of €117 million, a welcome turnaround on losses of €126 million reported this year time last year but its new chief executive, Adam Crozier says he is under no illusion that ITV needs to change substantially if it's to survive.

And staying in the media, the American magazine Newsweek has been sold by the Washington Post for an undisclosed sum after it lost €8 million in the first quarter of this year. 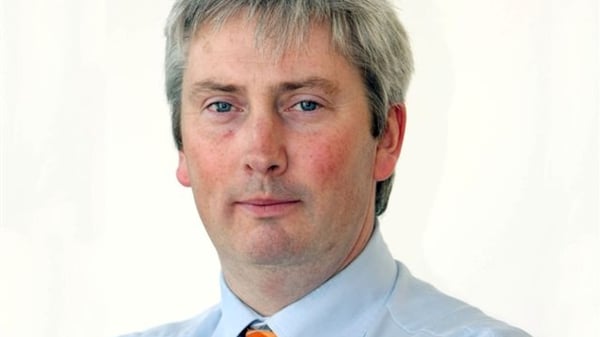