Bank of Ireland has received EU approval for its restructuring plan, which the European Commission had demanded in return for allowing the Government to provide financial help to the bank. This included the €3.5 billion recapitalisation of the bank last year.

The bank and the Finance Minister Brian Lenihan welcomed the decision.

Under the scheme, the bank will reduce its presence in some markets by selling off some businesses. It will cut its activities in the British corporate lending market by running down two of its current loan portfolios. The bank will also sell its New Ireland Assurance subsidiary, ICS Building Society and the 17% stake it owns in Irish Credit Bureau.

The Commission said the bank had also committed itself to measures which would boost competition in the banking sector. These include offering back-up services or access to its ATM network to new entrants to the banking market or other smaller banks in Ireland.

The Commission said the Irish authorities had also committed themselves to measures aimed at bringing more competition into the banking market.

Competition Commissioner Joaquin Almunia said he was confident the plan would ensure a stable future for Bank of Ireland and contribute to financial stability in Ireland without unduly distorting competition. 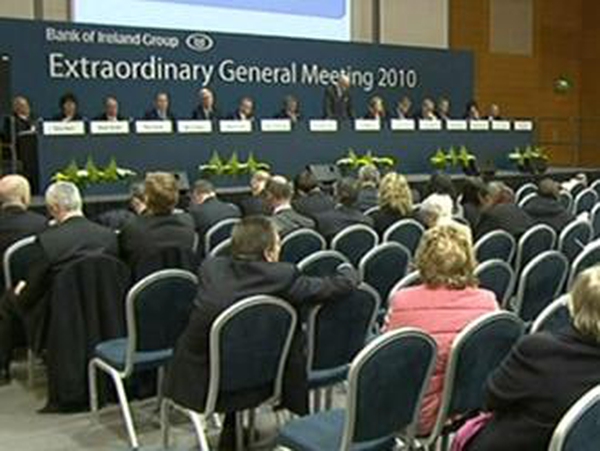