ECONOMY TO BOUNCE BACK NEXT YEAR, BUT EMPLOYMENT TO LAG - A Europe-wide report out today says Ireland will have the greatest recovery rate among euro zone members next year. The report by accounting and consulting firm, Ernst & Young, warns that the imminent threat of default in the euro zone may have passed but the crisis is far from over.

One of the report's author, Marie Diron, says that the Irish economy is going to remain weak this year, before seeing a strong rebound next year. She says that despite its poor performance this year, Ireland has several key economic competitive advantages over the other 'PIIGS' countries and the scale of adjustment is very good. But she says that Ireland is managing to achieve improving productivity growth though job cuts. The consultant predicts more pain for Irish households as the economic recovery will be mostly a jobless one.

***
BEBO FOUNDER IN DUBLIN TODAY FOR WEB SUMMIT - Social networking site Bebo was feted as revolutionary by the technology media on its launch in 2005 and latched on to by millions of users. But last week AOL, who bought it from its founder Michael Birch for almost $1 billion two years ago, sold it to a group of investors for a fraction of the price of less than $10m.

Bebo founder Michael Birch is in Dublin today for the Dublin Web Summit, which will see over 500 business people attending. Mr Bitch says the Bebo story is really about competition and timing in the market. He says that Facebook is dominating the social networking arena and he predicts it will continue on its upward trend, and Bebo will never really catch up. On the 'smart economy' Mr Birch says that every country is trying to establish its own Silicon Valley and points out that every successful technology company wants to move to Silicon Valley. He says it is key to get people thinking differently and says the 'smart people' straight out of university should go into start-up companies and refuse to go down the short-term monetary gain of getting a job in the City. To encourage this, the businessman has recently launched a new $49m European fund for start up companies.

Mr Birch is also starting up a new political social networking site called Jolitics. Launching soon, it will be issue based and not party based. Because of Bebo's success in Ireland, it will be one of its first markets.

***
MORNING BRIEFS - The US Federal Reserve is to keep its main interest rate at a near zero level, saying it expects to hold it there for an 'extended period'. The Fed said subdued inflation and other factors are likely to warrant keeping rates at their historic lows. The Fed's decision came on the day that new home sales in the US slumped by a third in May. Sales fell to an annual rate of 300,000, the lowest rate since records began in 1963.

*** A statutory stabilisation support scheme for credit unions has been proposed by the Central Bank as a possible means of addressing the increased financial pressure being experienced by the sector. In a consultation paper issued yesterday, the Central Bank questioned the adequacy of the current savings protection scheme, operated on a discretionary basis by the Irish league of credit unions.

*** Irish IT firm Ergo is to create 33 new jobs over the next three years. It has also being awarded Microsoft's Partner of the year, for excelling in its deployment of Microsoft solutions. Ergo offers IT infrastructure and software solutions and employs 125 people.

*** Facebook is vying to connect to one billion people by looking east for its next phase of expansion. With already half a billion members, the US company is planning to take on entrenched competition in China, Russia and Japan. 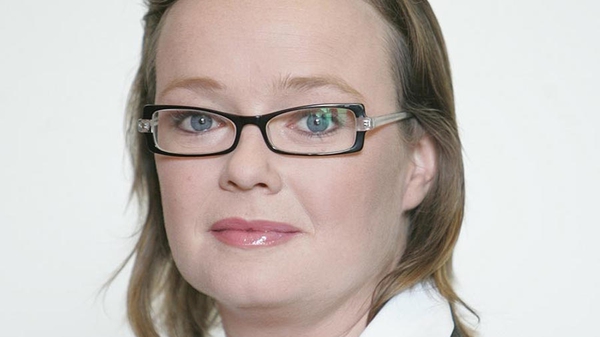