Oil prices rallied towards $80 dollars today on expectations that demand in China would rise after the nation's central bank said it would allow the yuan more freedom of movement.

The news also helped push gold to a record high price of $1,265.30 dollars an ounce in London, with the precious metal also boosted by eurozone debt crisis concerns, traders said.

Over the weekend, the People's Bank of China said it would 'strengthen the flexibility' of the country's currency, sparking a massive global stock market rally today. Analysts have interpreted the Chinese central bank's statement as a sign that Beijing was ready to adjust the dollar peg, which has been in place for two years. and allow the currency to rise.

China has effectively pegged the yuan at about 6.8 to the dollar since mid-2008 to prop up exporters during the world financial crisis.But Beijing has come under mounting pressure ahead of next weekend's Group of 20 summit in Toronto to allow the currency to strengthen.

Analysts also said that the oil market has been closely monitoring the weather conditions in the Gulf of Mexico region during the current Atlantic hurricane season. The Gulf of Mexico supplies about 30% of the energy needs of the US, the world's biggest economy. 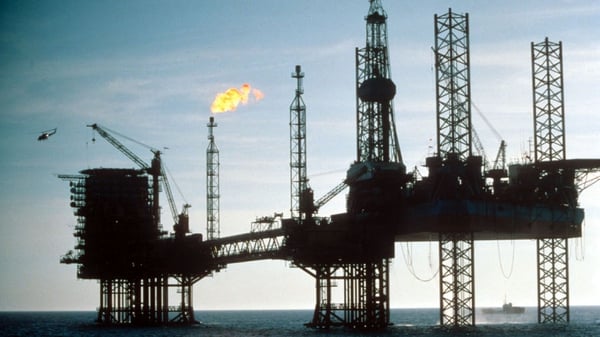