BP hopes to place a cap on a fractured oil pipe and contain the Gulf of Mexico spill within the next 24 hours.

'If everything goes well, within the next 24 hours, we could have this contained,' BP's chief operating officer Doug Suttles told reporters in Louisiana.

The operation is dubbed a lower marine riser pipe. It aims to cut off the leaking pipe and seal it with a tight cap. It was launched today, earlier than the timetable set at the weekend by BP after an earlier bid to stop the leak failed.

This evening, US President Barack Obama said that if laws were broken in the devastating Gulf of Mexico oil spill, those responsible would be brought to justice.

Speaking to reporters after meeting the co-chairs of a new oil spill commission, President Obama also said energy giant BP would be held accountable for financial losses from what he called the 'greatest environmental disaster of its kind in our history'.

The spill, which has eclipsed the 1989 Exxon Valdez disaster as the biggest in US history, entered its 43rd day today.

BP's shares sank another 13% to 433.7p today after the failure of its 'top kill' attempt to plug the leak on Saturday. The company said the cost of dealing with the spill now totals $990m.

BP shares have lost more than a third of their value since the oil spill started six weeks ago, a wipe-out of about £43 billion in market capitalisation.

Although Louisiana's wetlands and fishing grounds have been the worst hit so far by the spill, the National Oceanic and Atmospheric Administration said moderate southerly and southwesterly winds this week may start moving oil closer to the Mississippi and Alabama coasts.

The slick has spread over 100 miles of Louisiana's fragile coast but Mississippi and Alabama have escaped lightly so far, with only scattered tar balls and oil debris reaching its coasts.

But the NOAA forecast was a sober reminder that oil from the unchecked spill, broken up and carried by winds and ocean currents, could threaten a vast area of the US Gulf Coast, including tourism mecca Florida, as well as Cuba and Mexico.

Raising the stakes even higher, today is the official start of the 2010 Atlantic hurricane season, which forecasters say may be the most intense since 2005, when Hurricane Katrina ravaged the region and disrupted offshore oil and gas output.

A hurricane churning through the Gulf could drive more oil ashore and force BP and the US government to suspend cleanup efforts.

BP continues to drill two relief wells as part of a longer term plan to control the leak. The wells are expected to be completed in August. 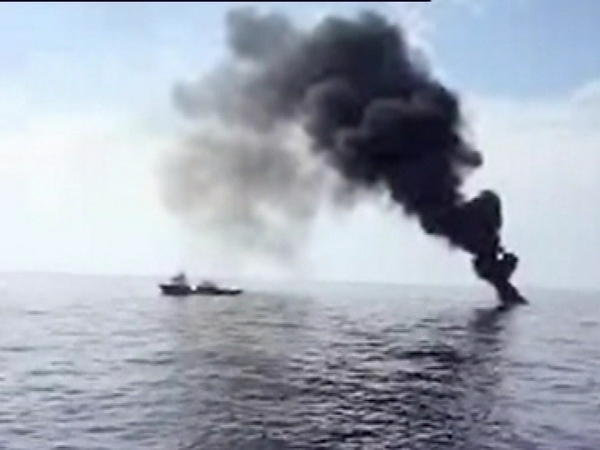