Britain's Nationwide Building Society reported a 46% fall in annual profits today and warned that historic low interest rates would hit profits over the year ahead.

The UK's biggest building society posted underlying pre-tax profits of £212m sterling in the year to April 4, down on the £393m a year earlier.

Nationwide said it was taking tough action on costs to help limit profit declines, including possible cuts in its administration centre network.

But in some welcome cheer for the housing market, Nationwide said it expects property prices to remain stable over the next year, with any major dip unlikely.

Nationwide warned of further job losses and branch cuts as it looks to shrink the business following a series of takeovers and amid tough conditions for mortgages and savings.

It is working on plans to reduce branch and retail distribution outlets - currently totalling more than 1,000 - and trim a 20-strong network of back office and administration centres.

The group axed around 800 jobs last year and closed 12 branches, but braced the mutual for more substantial reductions amid its 15,800 workforce over the next few years, although it said it was too early to give numbers.

Nationwide said this was partly due to duplication following deals over the past few years, with Nationwide having grown substantially following mergers with the Derbyshire and Cheshire building societies and the takeover of ailing Dunfermline's savings assets last March.

However, it also said it needed to adjust to take account of a 'significant contraction in our two principal markets'.

Nationwide saw negative net residential mortgage lending of £3.6 billion in the year to April, while it also saw £8.2 billion in net outflows of savings business.

It blamed stiff competition for customer deposits from banks and Government-backed businesses for the mammoth drop in savings, but said it had begun to stem the flow in the second half.

Today's profits blow comes after a 69% drop the previous year as the group struggles to maintain margins in the face of a record low bank base rate, which looks set to remain at rock-bottom until the economic recovery picks up pace.

Bad debts rose to £549m from £394m a year earlier, although the rise was solely driven by commercial property loans turned sour.

Nationwide said it believed the worst of the commercial property woes were now behind it, after impairment charges related to these investments dropped by 30% in the final six months.

Yet it cautioned that Government spending cuts and austerity measures could lead to higher unemployment and therefore a hike in customer mortgage arrears. 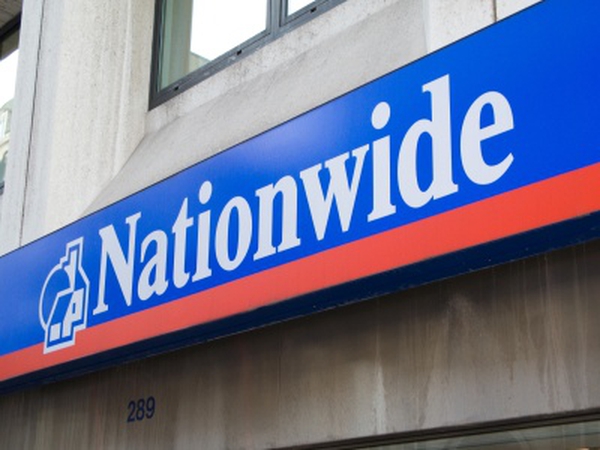