The Minister for Finance has said there is growing support for more budget oversight by the European Union.

Speaking at a meeting in Brussels of an EU task force on strengthening the the economic rules of the EU, Brian Lenihan said a debt crisis like that affecting Greece must never be allowed to happen again.

Back in March, EU leaders agreed they would have to run their economies in a much more co-ordinated way. Last week the European Commission called on member states to disclose key budget figures to the other governments and the commission before they went to national parliaments.

Now it seems that some form of closer scrutiny of member states' budget plans and tougher sanctions for countries breaching the terms of the stability and growth pact are on the way.

At the end of the first meeting of the Van Rumpoy task force on improving budget discipline and crisis resolution, Minister Lenihan said there was widespread agreement among ministers that preventing problems like the Greek crisis required governments to share much more information with each other about their budget plans.

But he said there was little support for German calls for a default mechanism for heavily indebted states, as this suggests countries could be expelled from the single currency.

Earlier, British Chancellor George Osborne agreed that there was a need for more co-ordination in economic policy, but insisted that the British parliament would be the first place to hear of his budget plans.

Earlier, both houses of Germany's parliament approved the country's share of a €750 billion rescue package for debt-hit euro zone countries.

Chancellor Angela Merkel's centre-right majority handily assured passage of the bill to unblock up to about €150 billion in loan guarantees in the Bundestag. The Bundesrat gave its green light this afternoon.

Germany was approving the rescue package two weeks after a €110 billion deal for Greece, which was hugely unpopular and contributed to a crushing setback for Merkel this month in a key state election.

This week, Merkel tried to impress upon Germans the importance of the measures, saying that the euro was 'in danger' and warned of 'incalculable consequences' for the EU if the euro were to fail. 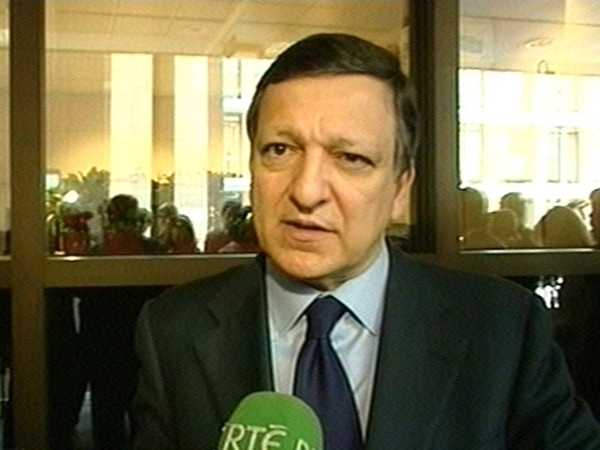