There were further blows for Greece today as the EU raised its estimate of its budget deficit for last year. It also faced another daunting rise in borrowing costs and a new ratings downgrade.

The EU said Greece's public deficit stood at 13.6% of output last year - much higher than a government estimate of 12.9% - while the yield, or interest rate demanded by investors, on Greek 10-year bonds jumped to 8.921%.

Later, another blow came from credit rating agency Moody's, which cut Greece's debt rating a notch from A2 to A3, warning that the country was likely to have to pay a high cost to stabilise its debt.

The news of Greece's growing problems sent the euro tumbling to $1.3261, the lowest point in almost a year By this evening, it had pulled back slightly to $1.3295, down from $1.3392 late on Wednesday.

The Greek government earlier said it had already taken preventative steps and that the EU's revised public deficit figure would not affect its goals.

'These estimates do not change the target we have set for 2010 to reduce the deficit,' Prime Minister George Papandreou said.

The government enacted spending cuts and tax hikes worth around €16 billion this year as it became apparent that the recession dragging down the Greek economy is deeper than originally forecast.

Because of the weaker economic performance, the finance ministry recently said the budget deficit for last year would be at least 12.9%.

Given the pressure on Greece to raise money for looming debt payments, analysts believe the government has no choice but to call on a rescue package recently agreed with the European Union and the International Monetary Fund.

The government has pledged to meet its next payments due in May, estimated at some €10 billion, whether by raising fresh money on the market or by activating the fall-back EU-IMF loan.

Greece is currently in talks with officials from the European Union, the European Central Bank and the IMF on the technical aspects of the loan expected to give access to up to €45 billion at 5% in a first year.

Finance Minister George Papaconstantinou said on Wednesday that he expected the loan deal to be finalised by mid-May. 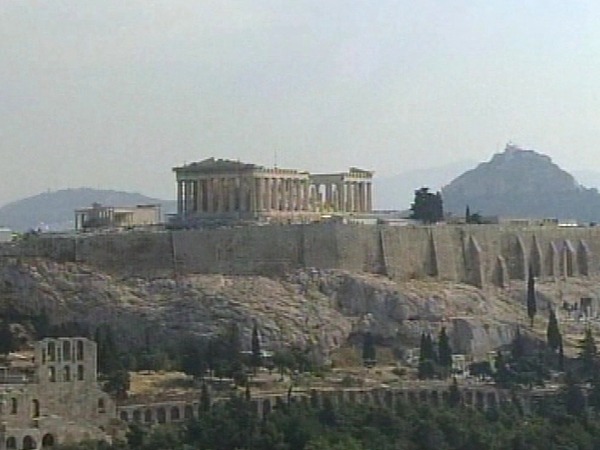