Bank of America has reported higher than expected profits for the first quarter of this year as it set aside less money to cover bad loans.

'With each day that passes, the 2010 story appears to be one of continuing credit recovery, and our results reflect a gradually improving economy,' chief executive Brian Moynihan said.

Consumer credit problems caused the bank to report losses in the third and fourth quarters of 2009, when large US banks were dealing with the fall-out from the global financial crisis.

Bank of America's Q1 per-share earnings were lower because of an increase in shares outstanding. The bank sold new shares in Q4 of 2009 to raise funds to repay US a government bail-out.

Q1 revenue fell 11% to $32.3 billion. Five of the bank's six major business units were profitable during the quarter.

Like JPMorgan Chase - which beat expectations on Wednesday with a $3.3 billion profit - Bank of America benefited from a booming investment banking unit. Its global banking and markets division reported net profits of $3.2 billion, up $709m from a year earlier, on record sales and trading revenue.

The bank's provision for credit losses decreased by $3.6 billion, to $9.8 billion. 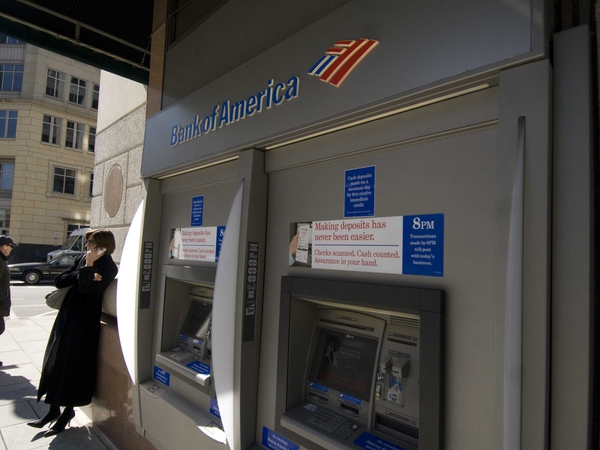 Bank of America to repay $45 billion to US