A Greek government spokesman has said the country does not need to activate an EU-IMF debt rescue mechanism 'at this time'.

The comments from George Petalotis came amid growing speculation that Greece would have to seek help to resolve its debt and deficit problems.

Pressure grew on the country today as its borrowing costs reached record heights and its shares plummeted on rising doubt that the EU would provide urgent help.

The yield on Greece's key 10-year bonds soared to a record high of 7.5%. They later fell back to around 7.35%, but this is still more than double the rate Germany has to offer. The Athens stock market also registered its heaviest loss in weeks, leading analysts to wonder how long the country could hold on without outside assistance.

But the substance of this help remains in question as a hard-fought support mechanism agreed within the European Union weeks ago, involving the International Monetary Fund, has yet to be fleshed out.

'The markets are essentially saying, we want this plan clarified because so far we've just heard talk,' a Greek banking source said. 'The Greek state needs a white knight with moneybags, and our fate is pointing towards the IMF,' the source added.

'No other organisation can unlock the sums needed at this stage. A bail-out of €2 to €5 billion would be akin to giving aspirin to a dying man,' he added.

He said the problem was likely to get worse in two years' time due to Greece's money costs far outstripping that of other euro zone states.

The yield on Greece's 10-year sovereign bond jumped to 7.5%, the highest since the country adopted the euro in 2001, amid mounting fears it might be unable to repay huge debts falling due soon.

But the Greek finance minister today insisted the country would 'keep on borrowing' despite record high loan costs imposed by financial markets.

The country is borrowing and will keep on borrowing,' George Papaconstantinou told parliament. 'Our goal is not the daily fluctuation of interest rates but the restoration of the country's credibility,' he said.

He also told parliament today that the Greek public deficit was cut by 40% in the first quarter of 2010, a sign that the government can meet its target to slash its deficit.

The public deficit stood at €4.3 billion in the first quarter compared with €7.1 billion in the same period in 2009. The ministry attributed the reduction to austerity measures implemented by the Socialist government to reduce the deficit from 12.7% of gross domestic product to 8.7% this year.

Greece has so far managed to secure the loans it needs but at high cost and dwindling demand in Europe, leading it to consider American buyers for its next bond issue. It needs to borrow some €11.5 billion by May to cover its payment obligations.

The country is mired in a deepening recession and is trying to reduce a mountain of debt of nearly €300 billion. 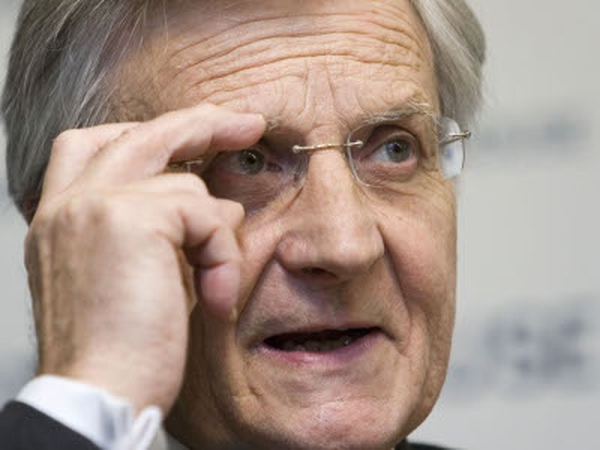