The High Court has appointed two joint provisional administrators to Quinn Insurance Limited after an application by the Financial Regulator. Its parent company Quinn Group has reacted angrily, and has written to Government ministers urging the reversal of the decision.

The development means the administrators will run the business as a going concern in the interests of policy holders under different management.

The Financial Regulator has said Quinn Insurance's Irish policy holders can continue to renew policies, carry out new business and make claims in the normal way. It said the appointment of administrators would better protect policy holders.

The regulator has stressed that the Quinn Life life insurance business is not affected by today's measures.

Michael McAteer and Paul McCann from Grant Thornton have been appointed by the High Court to act as the two joint provisional administrators.

Mr Justice John Cooke made the order following an application by lawyers on behalf of the Financial Regulator. The application was made under the 1983 Insurance Act.

The court heard that the regulator took this action following serious concerns about the way the group was managing its affairs.

It is understood the issues relate to solvency requirements. The administrators will have option of seeking well capitalised new owners for the business. The regulator now has an on-site presence in the company's offices.

The Financial Regulator took the court action when it became aware that certain subsidiaries of Quinn Insurance had given guarantees which have the effect of reducing the insurer's assets by around €448m.

The Financial Regulator said it was not in a position to verify the true extent of the effect of the guarantees on the insurer's assets.

Court papers said the fact that the guarantees had been in place and undisclosed for a significant period of time was 'a matter of the gravest concern'.

The Financial Regulator felt the manner in which the business of the insurer is being and has been conducted has failed to make adequate provisions for its debts.

It also said the business has been so managed as to jeopardise and prejudice the rights and interests of those who have policies from the insurer. The administrators have been instructed to begin their work immediately.

The board of the Quinn Group, which owns Quinn Insurance Ltd, has sent a letter to all Government ministers warning that the regulator's move would put 5,500 jobs in Ireland at risk unless it were 'immediately reversed'.

The letter describes the regulator's action as 'highly aggressive and unnecessary', adding that it would make the repayment of its outstanding debt extremely difficult.

It says Quinn Group is on target to make profits of up to €1.2 billion over the next three years. It adds that the group is 'on schedule' to pay back all money borrowed from financial institutions.

The letter asked why the regulator was taking this action now when it and its insurance subsidiary were in a position to meet all their obligations from a cash perspective?

'We feel that this issue could have been resolved to the benefit of all in a relatively short space of time and we will be working with the regulator and the provisional administrators to resolve all outstanding matters,' a Quinn Group statement said.

The Financial Regulator also said it had told Quinn Insurance Ltd (UK) to stop writing new business in the UK. Existing UK policy holders will not be affected. The regulator said this was to stop the company suffering further financial losses from its unprofitable business in the UK.

Quinn Life Direct later said it was not affected by today's action as it was regulated separately. It said its policy holders' funds were protected by regulation, and its assets could not be drawn down or transferred to any other Quinn Group company without approval from the regulator approval.

'The Financial Regulator has not expressed any concern over the solvency of Quinn Life,' said Siobhan Gannon, managing director of Quinn Life. 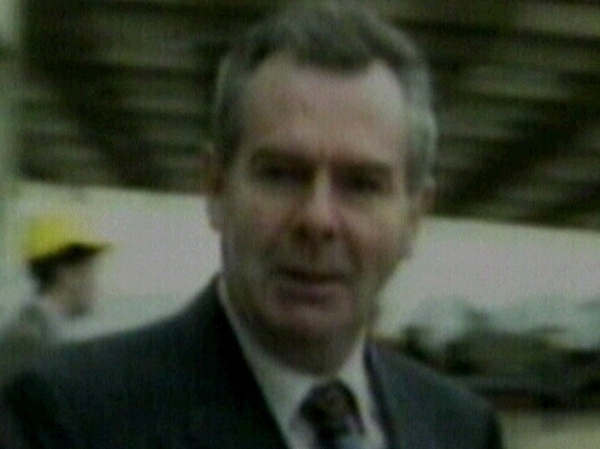