Euro zone leaders meeting in Brussels have backed a deal to provide €23 billion in aid to help Greece tackle its debt crisis, which has threatened the stability of the euro.

The rescue package, involving money from the International Monetary Fund, will be a last resort.

It is hoped that the agreement can end weeks of uncertainty in the face of continued speculation by the currency markets.

The euro strengthened against the dollar today in cautious reaction to an unprecedented EU plan to rescue Greece from its debt crisis.

'I am extraordinarily happy that the government of the euro area found a workable solution,' Trichet said after the euro zone leaders' meeting.

Trichet said the credibility of Greece was improving and he assumed the mechanism agreed by the leaders, which is a mix of International Monetary Fund money and bilateral loans from the euro zone, would not be needed.

'I am confident that the mechanism decided today will normally not need to be activated and that Greece will progressively regain the confidence of the market,' he said.

He said the involvement of the IMF in the aid mechanism did not infringe on the independence of the ECB and left euro zone government responsibilities unchanged.

'The independence of the central bank is sacrosanct and nobody is putting that into question for one second,' Trichet, who had earlier opposed IMF involvement in aid for Greece, said.

'We have very good respect for the expertise of the IMF, we worked with the IMF in Athens,' he said.

Euro zone leaders agreed that the aid mechanism could only be activated as a last resort, if market financing proved insufficient, and that the disbursement of loans would hinge on an assessment by the European Commission and the ECB.

Trichet also welcomed a call by euro zone leaders to strengthen European Union budget rules so that a Greek debt crisis could not happen again. 'I am pleased to see that heads of state and government have agreed that we need to step up our vigilance and that we need to reinforce our capacity to monitor fiscal policies,' he said. 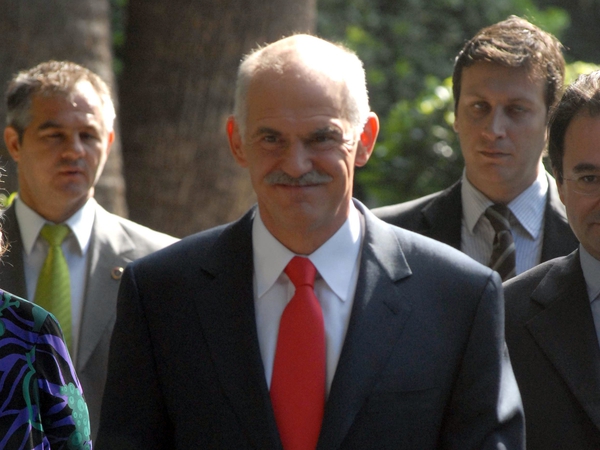