A draft report on the Dublin Docklands Development Authority says there was no formal valuation on the Irish Glass Bottle Site which was purchased for more than €400m.

The disclosure is made in one of three draft reports on the authority which reveal a series of concerns about planning, financial and corporate governance issues.

In October 2006, the Dublin Docklands Development Authority joined private investors in the purchase of the Irish Glass Bottle site in Ringsend. It was bought for €426m. The authority has a 26% stake in the scheme, which has become mired in legal actions.

A report on the purchase of the site has found that the authority did not obtain a professional valuation of the site. However, reference was made to an informal valuation.

McNamara given more time for talks

The draft report also raises the prospect of the potential that the State-owned authority could be liable for all the interest on the loans. It could also face paying for all of the cost over-runs on the site.

The three draft reports - seen by RTÉ News - on the Dublin Docklands Development Authority have raised serious questions over planning permissions previously given by the organisation.

The documents also say there is a significant risk of legal action against the state-owned authority arising from its past planning practices.

Last year the Minister for the Environment, John Gormley, commissioned a review of the Dublin Docklands Development Authority.

Today's documents say there have been inappropriate planning decisions in the past. In 2008 developer Sean Dunne took a case, which successfully challenged a decision to give the go-ahead for a new headquarters for Anglo Irish Bank.

A planning report for the authority now says a substantial number of planning permissions given by the authority could also be considered non-compliant.

A report from the executive board says value for money considerations were largely absent from DDDA's decisions.

Environment Minister John Gormley said he was anxious to ensure that the reports were published. He said he had commissioned a separate report from Farrell Grant Sparks on the Ringsend site and the options for fixing the financial problems associated with it, though it had not yet been brought to Government.

Minister Gormley also rejected claims by Fine Gael's Phil Hogan of a 'cover-up' in relation to the reports on the DDDA.

Mr Hogan also said the Taoiseach Brian Cowen had questions to answer about the circumstances in which he as Finance Minister - along with the then Environment Minister Dick Roche - approved increases in the borrowing capacity of the DDDA in October 2006 from €63.5m to €127m to facilitate the purchase of the Irish Glass Bottle site.

He was speaking after Fine Gael published three leaked reports into the action of the DDDA. Mr Hogan said he wanted a full inquiry to include a 'look back' that examined the cross directorships between two members of DDDA, Sean Fitzpatrick and Lar Bradshaw, and Anglo Irish Bank. 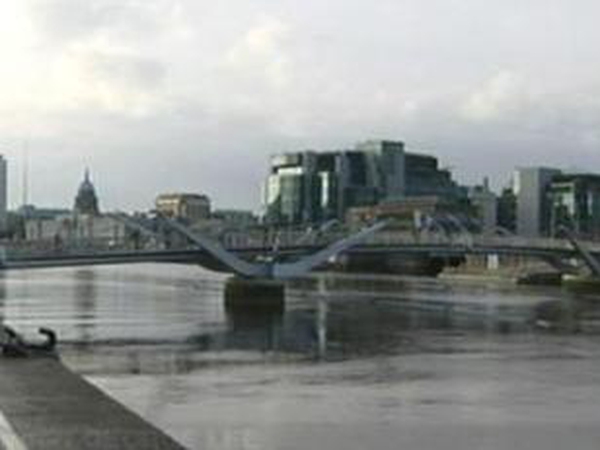